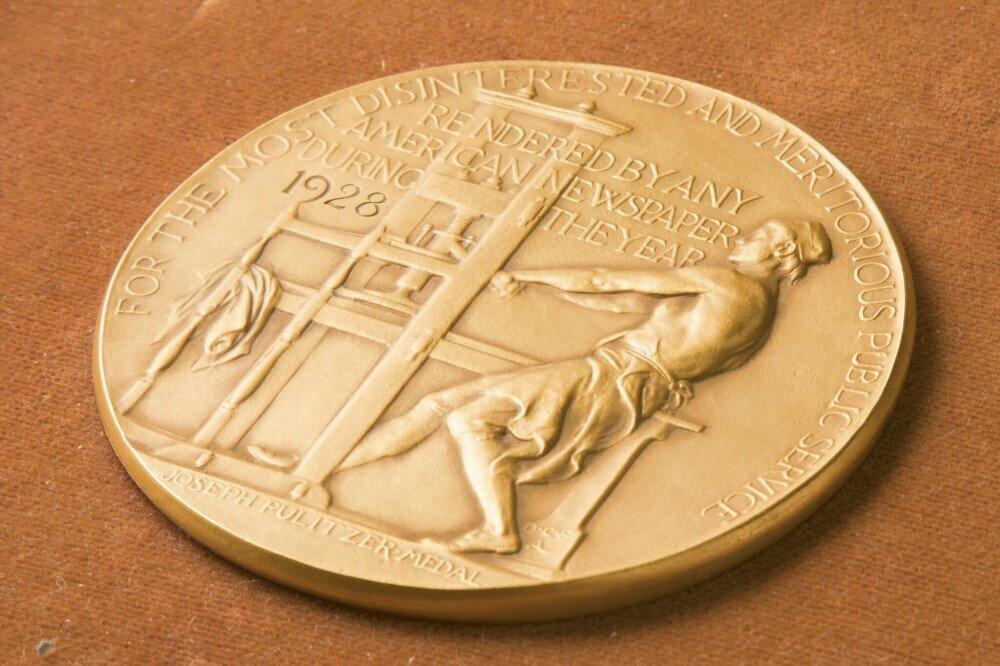 Back
The Pulitzer Prizes, usually announced at a ceremony at Columbia University, were announced remotely again this year for the second year in a row due to the coronavirus pandemic.
The Pulitzers are generally regarded as the highest honor that a U.S.-based journalist or organization can receive.
Here are the 2021 Pulitzer Prize winners:
Special Citation
Awarded to Darnella Frazier, for courageously recording the murder of George Floyd.
Breaking News Reporting
Awarded to the staff of The (Minneapolis) Star Tribune for nuanced coverage of the death of George Floyd by Minneapolis police and the reverberations that followed
Finalists
Investigative Reporting
Awarded to Matt Rocheleau, Vernal Coleman, Laura Crimaldi, Evan Allen and Brendan McCarthy of The Boston Globe for reporting that uncovered state governments’ systematic failure to share information about dangerous truck drivers
Finalists
Explanatory Reporting
Awarded to Ed Yong of The Atlantic for a series of lucid pieces on the COVID-19 pandemic that anticipated the course of the disease, synthesized complex challenges, illuminated the U.S. government’s failures and provided clear context for the challenges it posed
Awarded to Andrew Chung, Lawrence Hurley, Andrea Januta, Jaimi Dowdell and Jackie Botts of Reuters for an exhaustive examination, powered by data analysis of U.S. federal court cases, of the legal doctrine of “qualified immunity” and how it shields police who use excessive force from prosecution
Local Reporting
Awarded to Kathleen McGrory and Neil Bedi of the Tampa Bay Times for resourceful reporting that exposed how a powerful and politically connected sheriff built a secretive intelligence operation that used grades and welfare records to profile schoolchildren
Finalists
National Reporting
Awarded to the staffs of The Marshall Project, Alabama Media Group, The Indianapolis Star and the Invisible Institute for a yearlong investigation of K-9 units and the damage that police dogs inflict on Americans
Finalists
International Reporting
Awarded to Megha Rajagopalan, Alison Killing and Christo Buschek of BuzzFeed News for a series of stories that used satellite imagery, architectural expertise and interviews with two dozen former prisoners to identify a vast new infrastructure built by the Chinese government for the mass detention of Muslims
Finalists
Feature Writing

Awarded to Nadja Drost, freelance contributor to The California Sunday Magazine, for a gripping account of global migration that documents a group’s journey on foot through the Darién Gap, one of the most dangerous migrant routes in the world
Awarded to Mitchell S. Jackson, freelance contributor to Runner’s World, for a deeply affecting account of the killing of Ahmaud Arbery that combined vivid writing, thorough reporting and personal experience to shed light on systemic racism in America
Finalist
Commentary
Awarded to Michael Paul Williams of the Richmond (Virginia) Times-Dispatch for penetrating and historically insightful columns that led Richmond, a former capital of the Confederacy, through the painful and complicated process of dismantling the city’s monuments to white supremacy
Finalists
Criticism

Awarded to Wesley Morris of The New York Times for unrelentingly relevant and deeply engaged criticism on the intersection of race and culture in America, written in a singular style, alternatively playful and profound
Finalists
Editorial Writing
Awarded to Robert Greene of the Los Angeles Times for editorials on policing, bail reform, prisons and mental health that clearly and holistically examined the Los Angeles criminal justice system
Finalists
Editorial Cartoons
No prizes were awarded in this category
Finalists
Breaking News Photography
Awarded to photography staff of The Associated Press for a collection of photographs from multiple U.S. cities that cohesively captures the country’s response to the death of George Floyd
Finalists
Feature Photography
Awarded to Emilio Morenatti of The Associated Press for a poignant series of photographs that takes viewers into the lives of the elderly in Spain struggling during the pandemic
Finalists
Audio Reporting
Awarded to Lisa Hagen, Chris Haxel, Graham Smith and Robert Little of NPR for an investigative series on no-compromise gun rights activists that illuminated the deepening schism between American conservatives
Finalists
Public Service Reporting
Awarded to The New York Times for courageous, prescient and sweeping coverage of the coronavirus pandemic that exposed racial and economic inequities, government failures in the U.S. and beyond, and filled a data vacuum that helped local governments, health care providers, businesses and individuals to be better prepared and protected.
Finalists
Reuters NYT Pulitzer Prize Pulitzer Prize Winner 2021 Associated Press The Atlantic