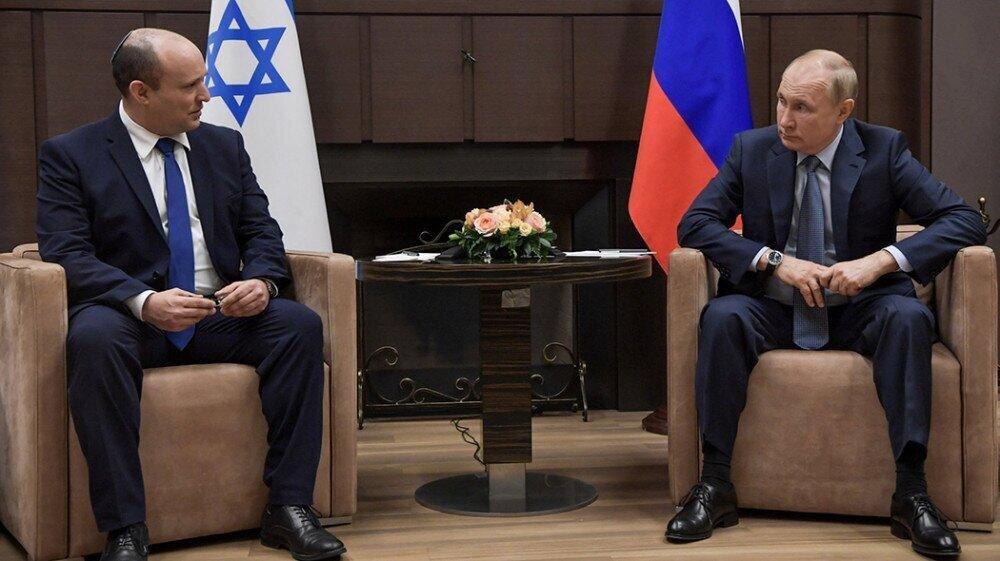 Russian President Vladimir Putin apologized to Prime Minister Naftali Bennett on Thursday for comments made by Russian Foreign Minister Sergei Lavrov who stated earlier this week that Hitler had "Jewish blood," according to the Prime Minister's Office.

Lavrov also stated that "the biggest antisemites are the Jews themselves" while attacking Ukrainian President Volodymyr Zelensky, who is Jewish, in an interview with Italian television.

Earlier this week, Israeli Foreign Minister Yair Lapid called Lavrov's statements "unforgivable" and Bennett stated that "lies like these are meant to blame the Jews themselves for the most terrible crimes in history, which were committed against them, and thus free the oppressors of the Jews from their responsibility.”

A readout by the Kremlin did not mention the apology. On Tuesday, the Russian Foreign Ministry claimed that Lapid's comments were "anti-historical" and “explain to a large extent why the current Israeli government supports the neo-Nazi regime in Kyiv.”

Putin and Bennett emphasized the "special significance" of May 9, when Russia and Israel commemorate the victory of Europe and Russia against Nazi Germany, during the conversation on Thursday. The Kremlin stressed that the two countries "carefully preserve the historical truth about the events of those years and honor the memory of all the fallen, including victims of the Holocaust."

"The President of Russia recalled that of the 6 million Jews tortured in ghettos and concentration camps, killed by the Nazis during punitive operations, 40% were citizens of the USSR, and asked to convey wishes of health and well-being to the veterans living in Israel. Naftali Bennett, in turn, noted the decisive contribution of the Red Army to the victory over Nazism," said the Kremlin.

"The Prime Minister accepted President Putin's apology for Lavrov's remarks and thanked him for clarifying his attitude towards the Jewish people and the memory of the Holocaust," stated the Prime Minister's Office.

Putin also congratulated Bennett on the occasion of Israel's 74th Independence Day. According to a statement by the Kremlin, the two expressed mutual interest in the further development of friendly relations between Russia and Israel and the maintenance of useful contacts between the leadership of the two countries.

The two leaders also held a "thorough exchange of views on the situation in Ukraine," placing particular attention on humanitarian issues, such as the evacuation of civilians from the Azovstal steel plant in Mariupol, according to the statement.

"The Russian military remains ready to ensure the safe exit of civilians. As for the militants remaining at Azovstal, the Kyiv authorities should give them an order to lay down their arms," said the Kremlin.