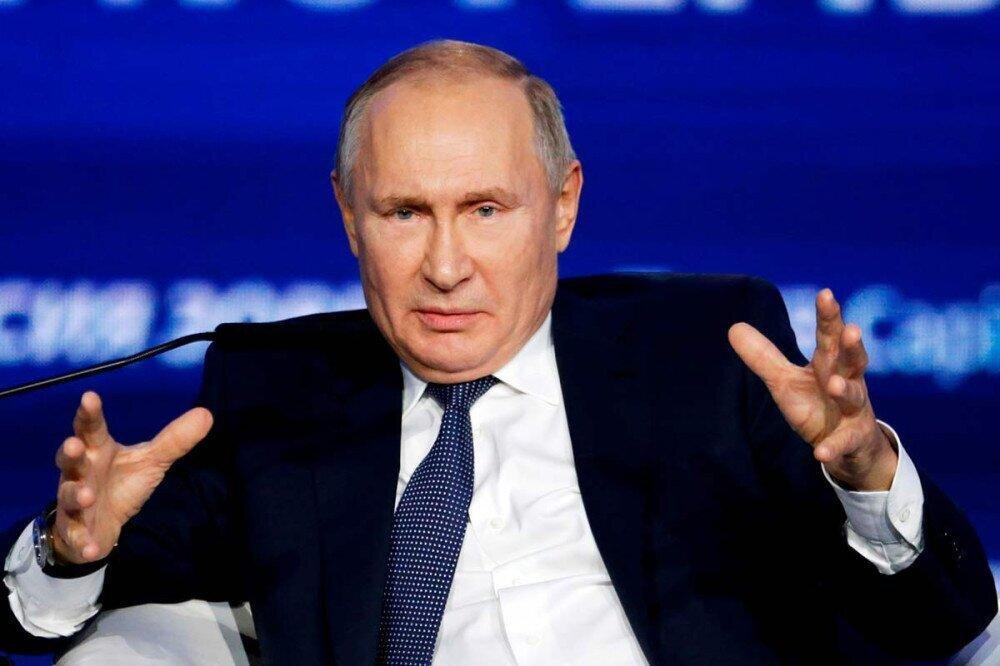 “I have decided to implement a set of measures to transfer payments for our gas supplies to unfriendly countries into Russian rubles,” Putin said, ordering the changes to be implemented within a week.

Russia deems all countries that have hit it with sanctions following its invasion of Ukraine as “unfriendly.”

Europe imports around 40% of its natural gas from Russia, with contracts typically priced in euros.

“It doesn’t make sense to deliver our goods to the EU or U.S. and receive payments in dollars or euros,” Putin said in the meeting with government officials.

Analysts see Putin’s move as Moscow’s attempt to put pressure on Europe over its sanctions — or “turn the tables on the EU,” as Elina Ribakova, deputy chief economist and sanctions expert at the Institute of International Finance, said.

In sanctions on Russia’s Central Bank, the West has frozen almost half of Russia’s international reserves — some $300 billion that Moscow had seen as its anti-sanctions insurance policy, huge funds that could be used should it be cut out of the financial system.

If Putin’s order is implemented, Europe would have to buy hundreds of millions of euros’ worth of rubles every day to pay for its substantial gas deliveries. From Russia’s perspective, that would provide an inflow of much-needed hard currency and boost demand for the beleaguered Russian currency.

But transactions could prove tricky for Europe as many Russian state banks, including the Central Bank itself, are under sanctions which prohibit direct transactions.

“He is basically trying to get Western countries who sanctioned the Central Bank to transact with it,” said analyst Timothy Ash. “But this will just make it more difficult to transact with Russia for energy supplies.”

The Russian ruble, whose value cratered in the wake of the sanctions, jumped on Putin’s announcement, strengthening by almost 4% against the U.S. dollar in trading in Moscow. Prices for gas in Europe rose 8%.

Russia is currently requiring exporters to sell 80% of their hard currency earnings — effectively using its extensive export earnings to replace the Central Bank’s frozen reserves and stop the Russian ruble from falling even further.

Maria Shagina, a visiting senior research fellow at the Finnish Institute of International Affairs, branded the announcement an “unexpected turn from the Kremlin.”

“I tend to think this is another bluff. Receiving hard currency from hydrocarbons is much more important now than forcing all ‘unfriendly’ countries to purchase rubles,” she told the Moscow Times.

Some analysts also questioned whether switching the payment currency would be permitted under existing contracts signed between Gazprom, Russia’s monopoly gas exporter, and customers in Europe.

“The very tight gas market will force European customers to abide by this. There is a lack of alternatives: buy rubles or stay without Russian gas,” said Shagina.

Europe has come under heavy pressure to stop buying Russian oil and gas — a key source of income for the Russian economy — since the invasion of Ukraine began.

Moscow has also sought to use energy prices to pressure Europe, with several politicians, including Putin himself, saying Western sanctions have created a cost of living crisis in the West by way of soaring energy prices, TheMoscowTimes reports.