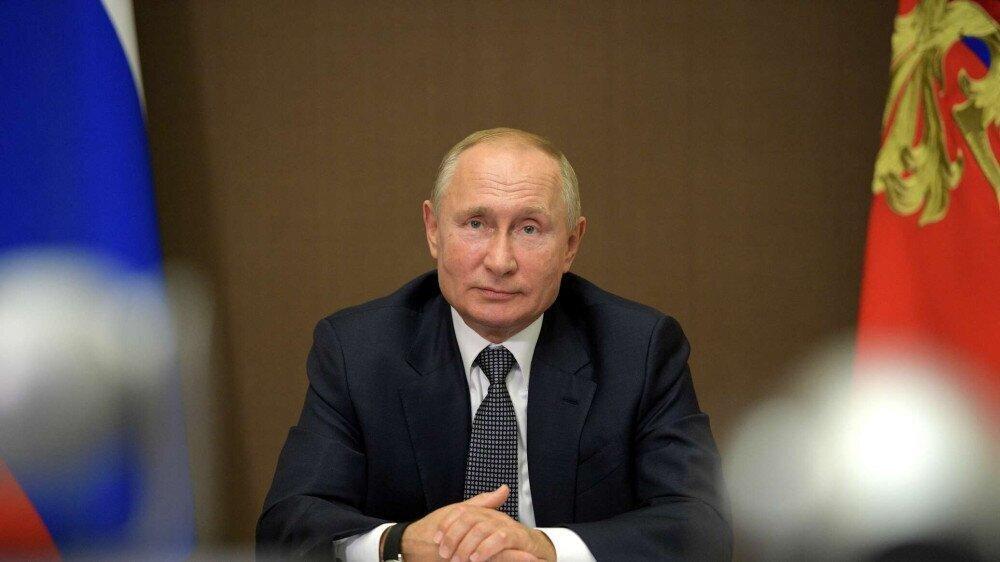 He made the announcement in a televised speech to the nation on Monday night, DW (Deutsche Welle) reports.

The Russian leader signed a decree recognizing Luhansk and Donetsk, as well as friendship and aid agreements with the two separatist territories.

The move is expected to escalate fears among Western nations about a Russian invasion of Ukraine.

In his address, Putin said he was confident the Russian people would support his decision. He also described Ukraine as a vital part of Russia's history.

Monday's developments came amid an uptick of violence in the long-running conflict between Ukrainian troops and pro-Russian rebels.

British Prime Minister Boris Johnson said the recognition was "plainly in breach of international law" and a "flagrant violation of the sovereignty and integrity of Ukraine."

"The UK will continue to do everything we can to stand by the people of Ukraine with a very robust package of sanctions," he told a press conference.

German Chancellor Olaf Scholz warned Moscow against the action, saying it would be "a unilateral breach" of the 2015 peace deal for the conflict in eastern Ukraine.

In a phone call with Putin late Monday, Scholz urged Russia to "immediately deescalate and withdraw the massed forces from the borders to Ukraine."

He also said Moscow had "a particular responsibility" to set signs of detente.

EU foreign policy chief Josep Borrell told reporters in Brussels that the bloc was "ready to react with a strong united front" if Russia recognized the territories.

How did it come to this?

The leaders of the self-declared separatist republics of Luhansk and Donetsk released statements earlier on Monday calling on Moscow to recognize them as independent states. The two regions broke away from Ukraine's control in 2014.

Putin told a meeting of his Security Council that he would respond to the rebel republics' request before the end of the day.

Several top Russian officials indicated they would back recognizing them as independent.

Former President Dmitry Medvedev, deputy chairman of the Security Council, said it was "obvious" that Ukraine did not need the two regions.

He added that the majority of Russians would support their independence.

Defense Minister Sergei Shoigu also pushed for recognizing the regions, arguing that Ukraine had a greater "nuclear potential" than Iran or North Korea. Ukraine renounced nuclear weapons after breaking away from the Soviet Union in 1991.

What is happening in the region?

Western countries are concerned a significant buildup of Russian troops near the border with Ukraine means Moscow is preparing to invade its neighbor. Putin has denied planning any such attack.

Still, recognition of the separatist regions is expected to escalate tensions further as it gives Moscow a reason to openly move in troops.
Separately on Monday, Russia said Ukrainian saboteurs had attempted to stage an incursion, accusations that Kyiv rejected as "fake news."

The West has repeatedly alleged that Moscow aims to fabricate a pretext to invade. British Defense Secretary Ben Wallace said Monday that a "proliferation" of so-called false flag events and increasing troop numbers near Ukraine's border indicated Putin was committed to an invasion.

Ukraine, meanwhile, requested an urgent meeting of the UN Security Council to address the threat.

Washington said there are now up to 190,000 Russian troops in the region, including pro-Russian rebels in eastern Ukraine.

Moscow has demanded sweeping security guarantees in return for defusing the crisis, including a pledge that Ukraine never be allowed to join NATO.

Putin and US President Joe Biden have tentatively agreed to a possible face-to-face meeting in a last-ditch attempt to avoid war.