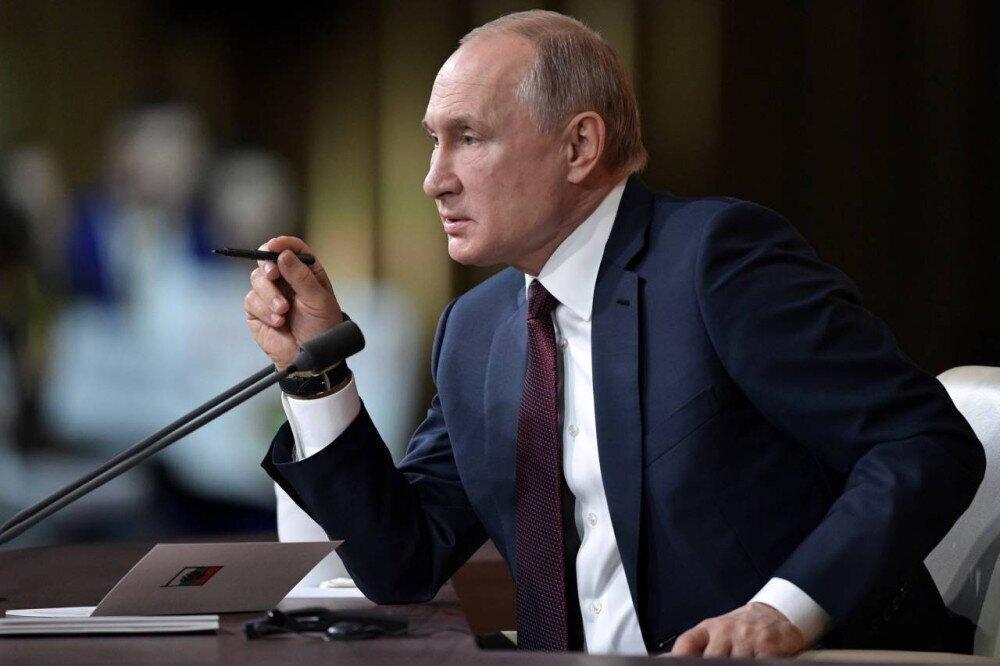 Speaking at a ceremony in the Kremlin, Putin said the referendums took place, “results are known, people made their choice."

Putin also said he has no doubt the Russian parliament will support the establishment of these four new regions in Russia.

“Donetsk, Kherson, Luhansk, Zaporizhzhia used their right to self-determination, enshrined by the UN,” he added.

The Russian president said Moscow is ready to return to peace negotiations with Kyiv but will not revoke the results of the referendums, and their residents have now "become Russian citizens forever."

“Sanctions are not enough for Anglo-Saxons. They switched to sabotage. Unbelievable, but the fact is that by organizing explosions on the international gas pipelines of the Nord Stream, which run along the bottom of the Baltic Sea, they actually started destroying the pan-European energy infrastructure,” he said.

Russia and the Western nations have blamed each other for orchestrating the attacks on the offshore pipelines which run from Russia to Germany.

Taking a jibe at rising inflation in the West, Putin said they can print money, but it will not feed anyone or keep them warm in winter.

Putin said the West has no right to claim moral superiority as it is behind slave trade, the genocide of Indian tribes, the plundering of India and Africa, wars against China, the tragedies of Vietnam and Korea, and using nuclear weapons against Japan.

He said the West has taken upon itself to decide who will get the right to self-determination and who will not.

“Western countries have been saying for centuries that they bring freedom and democracy, in reality everything is exactly the opposite,” he said.

On Sept. 23-27, Ukraine’s separatist regions of Donetsk and Luhansk and Russian-controlled parts of Zaporizhzhia and Kherson held referendums on joining Russia.

The Russian Foreign Ministry on Wednesday said over 98% of people living in the Ukrainian regions supported the "accession" to Russia.

The referendums have been condemned by the international community, with European nations and the US calling them "sham" and saying that they will not be recognized, AA reports.