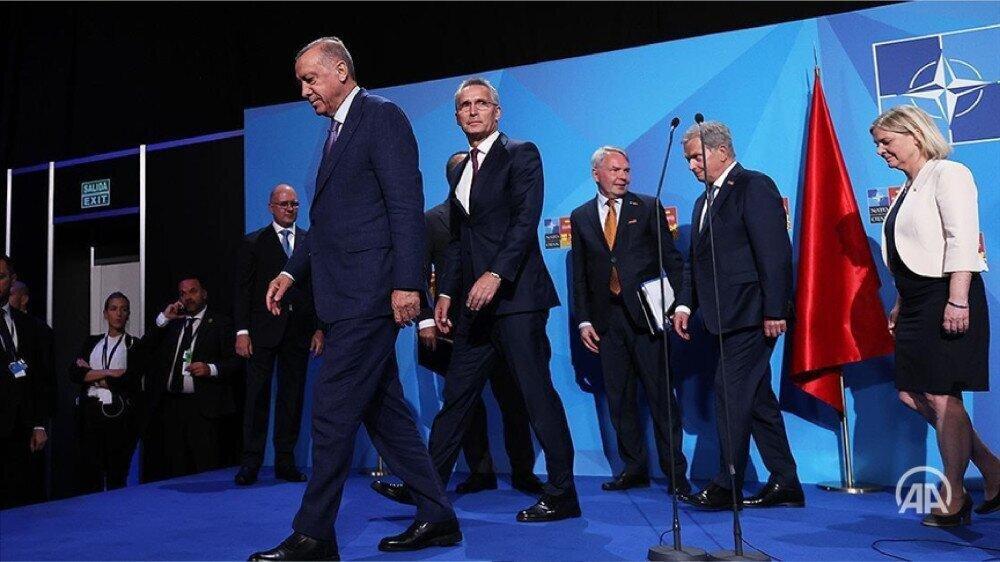 The Swedish authority tasked with controlling exports of war materials said Friday it has authorized the resumption of exports of military equipment to Türkiye, reversing a ban in place since 2019.

The policy reversal is linked to Sweden and Finland’s bid to join NATO, of which the Nordic countries sought membership earlier this year following Russia’s invasion of Ukraine.

But their bid faced a hurdle as Türkiye raised objections over their support for the PKK terrorist organization and its Syrian wing, the YPG. Any bid to join NATO requires unanimous backing from each of its 30 members.

Ankara requested the lifting of the arms export restrictions after Sweden and Finland applied to join the military alliance in mid-May, which still needs ratification from Türkiye.

Inspectorate of Strategic Products (ISP) said on Friday it had resumed giving permissions for military exports to Türkiye.

“The government has made the assessment that a Swedish membership in NATO is the best way to protect Sweden’s and the Swedish people’s security,” the ISP said in a statement.

“Sweden’s application for NATO membership to a large degree strengthens the defense and security policy arguments for approving exports of war materials to other member states, including Türkiye,” the authority said.

The ISP said it had approved exports relating to “electronic equipment,” “software” and “technical assistance” to Türkiye in the third quarter but did not reveal which companies or products had been given the go-ahead, citing confidentiality.

“Taking into account the altered defense and security policy conditions, ISP has, after a full review decided to grant a permit for follow-up deliveries from the Swedish defense industry to Türkiye,” the authority said.

The three countries reached a breakthrough agreement on the sidelines of the NATO summit in Madrid in June, where Sweden and Finland agreed on a set of steps to be taken to address Türkiye’s concerns about the candidacies.

To date, 28 out of the 30 NATO member states have ratified the accession of Sweden and Finland. Only Hungary and Türkiye remain.

Stockholm and Helsinki, which both reversed decades of non-alignment when they applied for membership following Russia’s invasion of Ukraine, had expected the application process to be quick, as they had received assurances they would be welcomed “with open arms.”

Even after Sweden and Finland were formally invited, Ankara insisted it could still block entry into the Western alliance if it feels the Nordic countries failed to deliver on their promises.

Sweden and Finland had imposed arms export embargoes on Türkiye after its military operation seeking to clear northern Syria east of the Euphrates of the PKK and YPG in 2019. ISP revoked existing permits and granted no new ones since then though no formal embargo existed.

Türkiye, in May this year, said it had received positive signals regarding lifting the embargo, Daily Sabah reports.