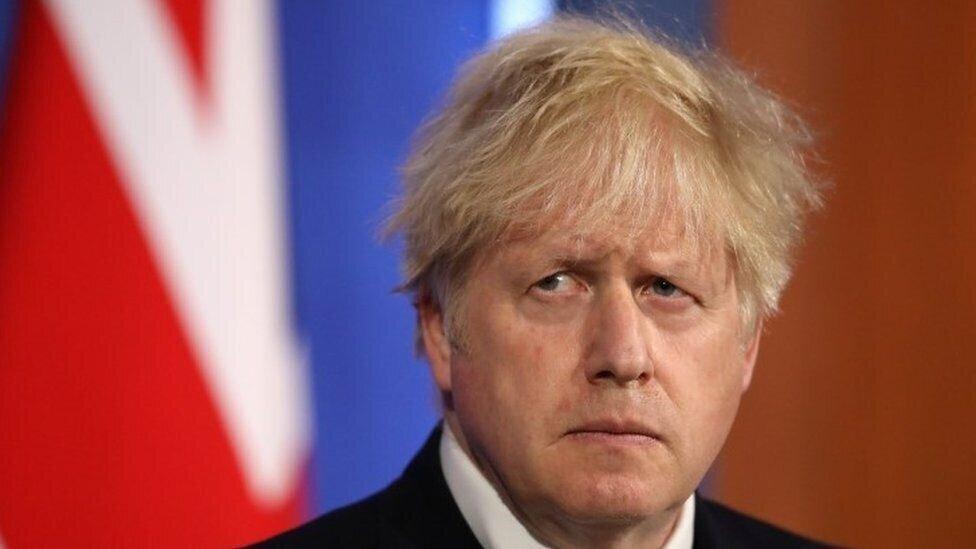 Back
The Indian virus variant could pose "serious disruption" to lockdown easing in England on 21 June, the PM says.
Boris Johnson said if it was found to be "significantly" more transmissible there could be "some hard choices".
The wait between jabs will be cut from 12 weeks to eight for the over-50s and clinically vulnerable because of concern over the variant, he added.
Cases of the Indian coronavirus variant have nearly tripled in the past week, Public Health England figures show.
Surge testing is already taking place in 15 areas across England, including Bolton, Blackburn, London, Sefton and Nottingham.
According to Friday's government figures, a further 17 people have died in the UK within 28 days of a positive test and another 2,193 coronavirus cases have been recorded.
Speaking at a Downing Street briefing alongside the UK's chief medical adviser, Prof Chris Whitty, Mr Johnson said first Covid vaccine doses will also be prioritised "for anyone eligible who has not yet come forward".
Currently, England's vaccination rollout is open to people over the age of 38.
The prime minister said he did not believe that the "present evidence" showed a need to delay the next stage in the easing of lockdown in England on Monday - when pubs and restaurants will be allowed to serve customers indoors and six people or two households can meet in a private home.
But Mr Johnson warned: "I have to level with you that this new variant could pose a serious disruption to our progress and could make it more difficult to move to step four in June."
He added: "But I urge everyone to exercise the greatest caution because the choices we each make in the coming days will have a material effect on the road ahead."
He said he did not believe it was "impossible" to go ahead with step four of England's roadmap to ease coronavirus restrictions, but "we have to be utterly realistic" and there was "the risk of disruption and delay".
The government's aim with the fourth and final step of the roadmap is to remove all legal limits on social contact on 21 June - meaning there will be no limits on gatherings indoors or outdoors - nightclubs will be allowed to reopen and there will be no limits on weddings.
The government has said easing restrictions on 21 June depended on its four tests being met - including that vaccines continue to be effective and the risks are not fundamentally changed by new variants.
United Kingdom Boris johnson Covid19 curfew Indian Variant