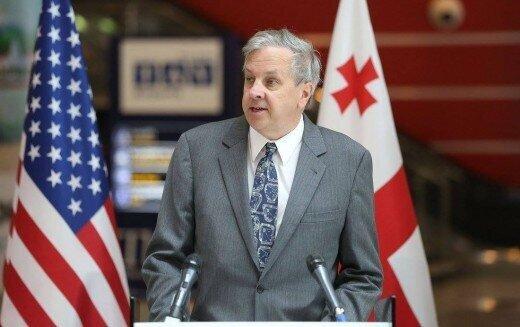 Back
"Just take him to a damn civilian hospital" - Former US Ambassador Ian Kelly wrote on Twitter.
"#Saakashvili has said he’ll end his hunger strike if he’s taken to a civilian hospital. Put a perimeter fence around it if you’re worried about unrest. Just do the responsible thing and do it," - he writes.
Mikheil Saakashvili Ian Kelly