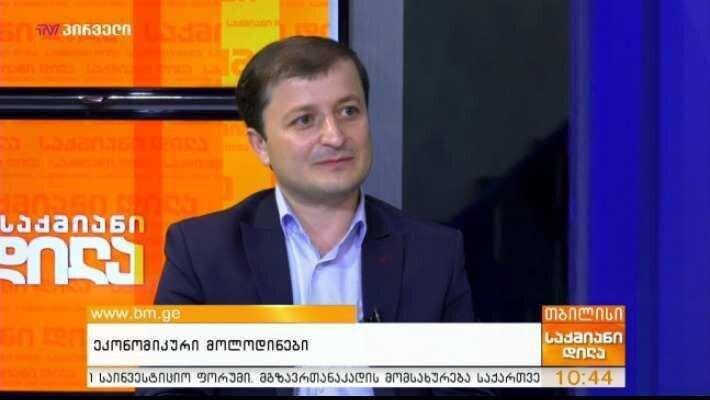 Lasha Kavtaradze, economist of Galt&Taggart told BM.GE, that nobody expected that the growth rate would be so high.

“We expected that the downward trend in exports would gradually slow down, but the fact that growth was observed is very good. This indicates that economic recovery is underway. If we look at the economic growth rates, we have a slowdown in the previous months, we expect that it will be the same in September and in the remaining months until the end of the year. As for the growth of exports in the coming months, we can put question marks here. The risks are high. The situation in the region is not good either, but the fact is that the trade deficit will continue to improve, which together will have a positive impact on economic growth," Lasha Kavtaradze said.

According to him, the government's expectations are related to the fact that the data increased in September and 8.6% growth is not low. He notes, even if the rate is zero by the end of the year, it is still positive.

On the question: what will happen if the country goes to economic "lockdown" again, Kavtaradze answers that it will be the hardest blow.

“The government itself aware of the consequences of the economic "lockdown". The second quarter was hard for the economy. Although the Corona cases are on the rise, announcement of large-scale "lockdown" would deal a very heavy blow to the economy. I do not expect large-scale restrictions, we should probably expect local ones," he said.