Recreational space was arranged at the Botanical Garden – How much did the project cost Ivanishvili’s CARTU? 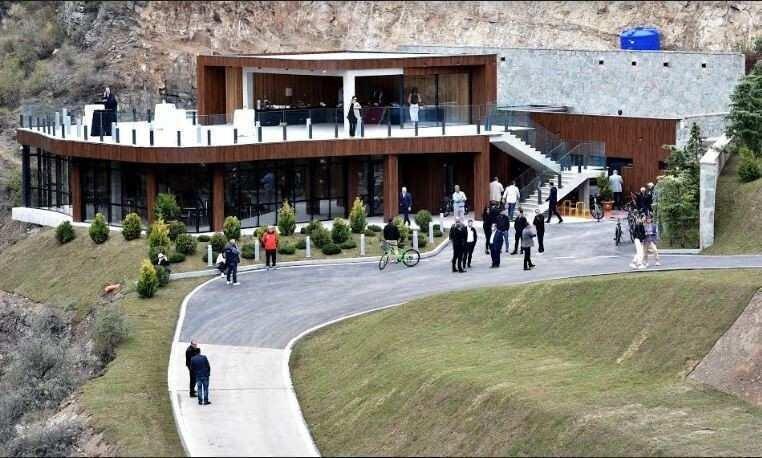 Recreational space and a bicycle lane were arranged at the Botanical Garden with the funding of the International Charity Foundation Cartu (The Cartu Foundation).

As bm.ge was informed by the Tbilisi City Hall, the cost of the project is about 10 million GEL.

“The new adventure route of the Botanical Garden combines bicycle lanes and other types of tourist infrastructure. The project was launched in February 2018. During that time the entire perimeter of the route was cleaned of household waste; up to three kilometers of bicycle lane and pedestrian bridges were arranged in full protection of the landscape.

Construction of a food facility and a parking lot in the same area has been completed, which will soon serve visitors,” the Tbilisi City Hall said.

According to Tbilisi Mayor Kakha Kaladze, that is another gift of Bidzina Ivanishvili and his family to the municipality.

“Approximately three kilometers of Tsavkisistskali gorge were rehabilitated. A hiking trail, a bicycle lane and all kinds of infrastructure for bicycle lovers were arranged. This will give the Botanical Garden an opportunity to generate extra income. You cannot imagine what has happened here earlier. It was just impossible to pass. It was full of old tires and building materials. Today we have another very good space in the city where people can come and relax. Thanks again to Bidzina Ivanishvili and his family," Kakha Kaladze said.