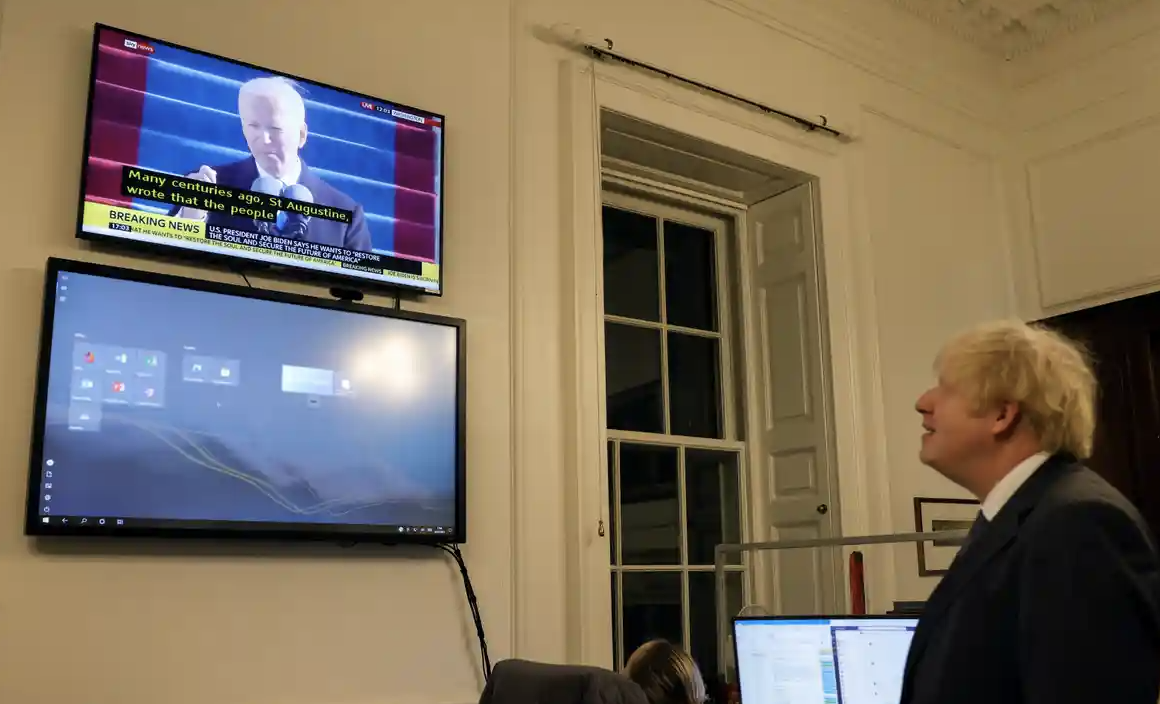 Back
Boris Johnson has said there is “nothing wrong with being woke” but deferred on whether the term would apply to Joe Biden, after Labour’s Lisa Nandy said the US president had won on a platform of progressive values.
The prime minister, who watched the inauguration on television in Downing Street, said Biden’s election was a “fantastic thing … for a country which has been through a bumpy period”, in a coded criticism of Donald Trump’s administration.
Johnson also declined to answer questions on whether Biden saw him as a clone of Trump and whether the UK had to work to rebuild trust, as his predecessor Theresa May wrote in an article on Wednesday.
“Obviously it’s the job of all UK prime ministers that have a close working relationship with the president of the United States and actually, when you look at what unites me and Joe Biden, there is a fantastic joint united agenda,” Johnson said in an interview with Sky News.
“It’s a fantastic thing for America, for a country that’s been through a bumpy period and for us and America, it’s a big moment, we’ve got things we want to do together, we’ve got to bounce back from Covid together.
“Supporting Nato which Joe and I strongly believe … and above all tackling climate change, there’s really opportunity now for us. The UK was the first major country to go for net zero by 2050, since then lots of other countries, lots of very important economies, have followed suit but not yet the US. Our hope is this will be the big one, so in the run-up to Cop26, we’ll be able to work with the US to achieve that as well.”
In an earlier interview with the Guardian, Lisa Nandy, the shadow foreign secretary, said Biden was a “woke guy” who had proudly defended trans rights and Black Lives Matter protesters while also setting the agenda on economic recovery. She also criticised the prime minister for adopting some of the culture war tactics of Trump, including on statues and on trans issues.
Asked whether he believed Biden was “woke”, Johnson said: “I can’t comment on that … nothing wrong with being woke but what I can tell you is I think it’s very important for everybody … certainly I would put myself in the category of people who believe it’s important to stick up for your history, your values and your traditions and things you believe in.”
Source: The Guardian
Boris johnson Joe Biden Global Politics