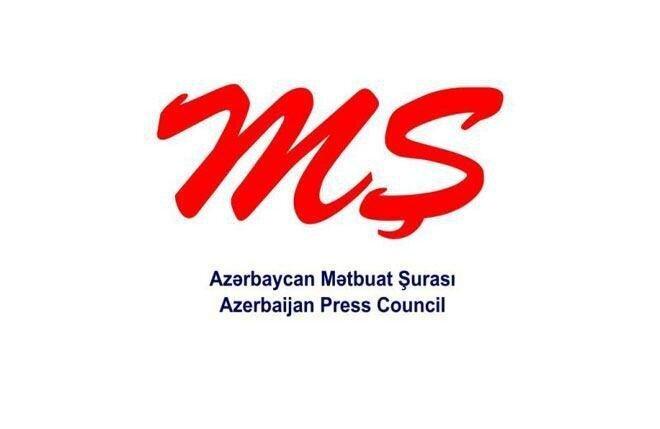 Azerbaijan's journalist organizations have stated that by blocking Russian-language media, including Azerbaijani news portals, Roskomnadzor violates the principles of freedom of speech and pluralism, as well as acts against democracy.

The local journalist organizations made the remarks in an appeal to relevant Russian state agencies and the international media community.

The Russian Federal Service for Supervision of Communications, Information Technology, and Mass Media (Roskomnadzor) has blocked access to Azerbaijani Russian-language websites - oxu.az, haqqin.az, and minval.az - on Russian Federation territory. This decision was made without any prior notice to the editorial offices. The list will likely grow in the coming days.

Roskomnadzor refuses to provide an official explanation for the decision to block Azerbaijani media. These media outlets are known to regularly disseminate information about the Russian-Ukrainian war, including Russia's violations of international norms during the war, the appeal said.

According to the appeal, Azerbaijani media outlets base their information policy on reality, citing reports from legitimate international organizations, including official bodies, observing the Russian-Ukrainian war.

“The Russian side should not be concerned about the appearance of realities in the media, and should not express its concern by blocking social media platforms and restricting media outlets' operation,” added the appeal.

The statement noted that people, including the Russian-speaking population, have a fundamental right to know the truth.

Furthermore, the organization recalled that the Azerbaijani government did not obstruct Russian media access when it was critical to its security, even during the 44-day Second Karabakh War.

According to the appeal, despite the fact that the majority of Russian media were at the forefront during the 44-day war, they waged an information war against Azerbaijan.

"We, the Azerbaijani journalists' organizations, appeal to Roskomnadzor to reconsider their erroneous decisions and lift the restrictions placed on the Azerbaijani media. At the same time, we call on the international media community to show solidarity to stop Russia's wrong, anti-democratic steps," the statement concluded.

Meanwhile, the national Press Council stated that Azerbaijan’s objective position on the Russia-Ukraine conflict does not satisfy Moscow.

"In Russia, a number of Azerbaijani news websites are blocked. The reason for this is that Azerbaijani media reports on Ukraine and their objective position do not satisfy Russia," the council said.

It emphasized that Russia clearly disregards freedom of speech and pluralism. This is an incorrect approach to international principles, norms, and universal human values.

The council stated that this approach restricts Russian society's ability to receive objective information and get acquainted with alternative opinions.

"Russia's approach to the Azerbaijani media is disrespectful to the two countries' relations, the historically established traditions of friendship and cooperation between the Russian and Azerbaijani peoples, and the process of information exchange," the statement stated.

Furthermore, the message stated that this policy cannot be interpreted as the state's desire to clear its information space of extraneous elements because the Azerbaijani media does not violate freedom of speech and expression in any way. On the other hand, it approaches the war through the lens of occupation, as Azerbaijan has been under occupation for nearly 30 years.

Addressing the media community and progressive Russian circles, the press council calls for an objective assessment of the fact that Azerbaijani media is being blocked on Russian Federation territory.

The statement expressed the hope that Russian society will respond appropriately to this situation and will not question the positive dynamics of relations between the two countries, as well as trends that are contrary to the principles of good neighborliness.