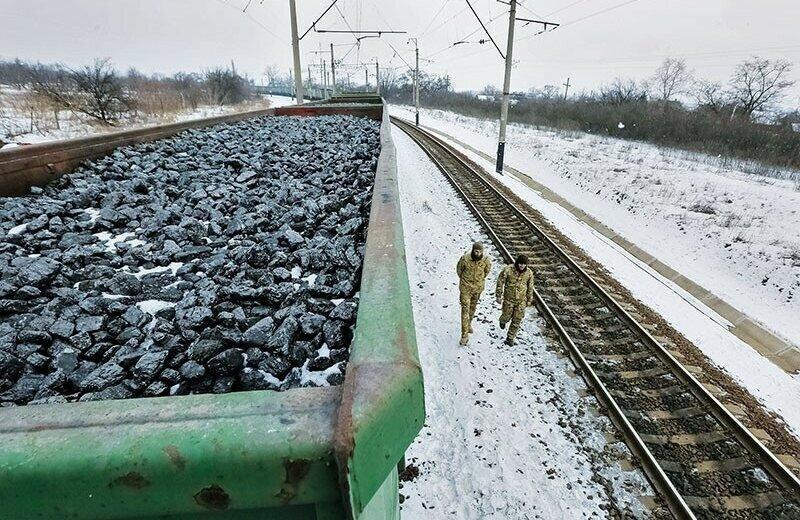 Back
Russia’s state railway company has blocked the passage of freight trains carrying coal from Kazakhstan to Ukraine, lawmaker Andriy Gerus said on Nov. 4 in a Telegram post.
“All deliveries in November have been blocked,” Gerus wrote.
On Nov. 5, Kazakhstan’s Ministry of Industry and Infrastructure told Interfax news agency that the stoppage was due to the overloading of the Russian railway system.
The stoppage of transit comes three days after Russia ceased all thermal coal exports to Ukraine.
Former Russian opposition lawmaker Illia Ponomaryov, who now lives in Kyiv and works as an executive at Kyiv-based mining company BGV Group, told RFE/RL that he believes the stoppage of coal sales and trains from Kazakhstan is part of a Russian effort to put pressure on Ukraine.
“Somebody in Moscow believes that Ukraine will run into serious energy-supply difficulties throughout the winter season. Obviously, Russia wants additional leverage to press on Ukraine’s government,” Ponomaryov said.
The Kazakh coal was originally intended to go via Russia into Belarus, from where it would enter Ukraine.
While an alternative rail route from Kazakhstan to Ukraine exists through Azerbaijan and Georgia, it involves taking two expensive rail ferries across the Black and Caspian Seas.
Ukraine has been trying to reduce its significant energy dependence on its northern neighbor since Russia’s annexation of Crimea in March 2014 and the start of a proxy war in the Donbas, but there is still a long way to go.
The cessation of deliveries forced six coal-fired power plants across Ukraine, who were previously at least partially reliant on Russian coal, to find new sources of the fuel.

In 2019, Ukraine imported half of its coal and 70% of those imports came from Russia.

On Oct. 28, the Energy Ministry announced that Ukraine planned to import 562,000 tons of coal in November. It was not immediately clear how much of this was scheduled to arrive from Kazakhstan.
Ukraine now faces a scramble to find alternative sources of coal to avoid sinking deeper into its current shortage. As of Nov. 1, the country’s power stations had 542,000 tons of coal, about a quarter of what they should be according to government schedules.

Energy Minister Herman Haluschenko told parliament on Nov. 5 that Ukraine’s coal power plants, which produce about 30% of the country’s electricity, will need 8.4 million tons of coal this winter, of which Ukraine will be able to domestically produce 7.3 million.
Typically a net exporter of electricity, Ukraine on Nov. 2 had to request emergency imports of 4,300 megawatt hours of power from Belarus and Slovakia after three blocks at power stations suffered emergency shutdowns.
Kazakhstan Ukraine Russia Coal