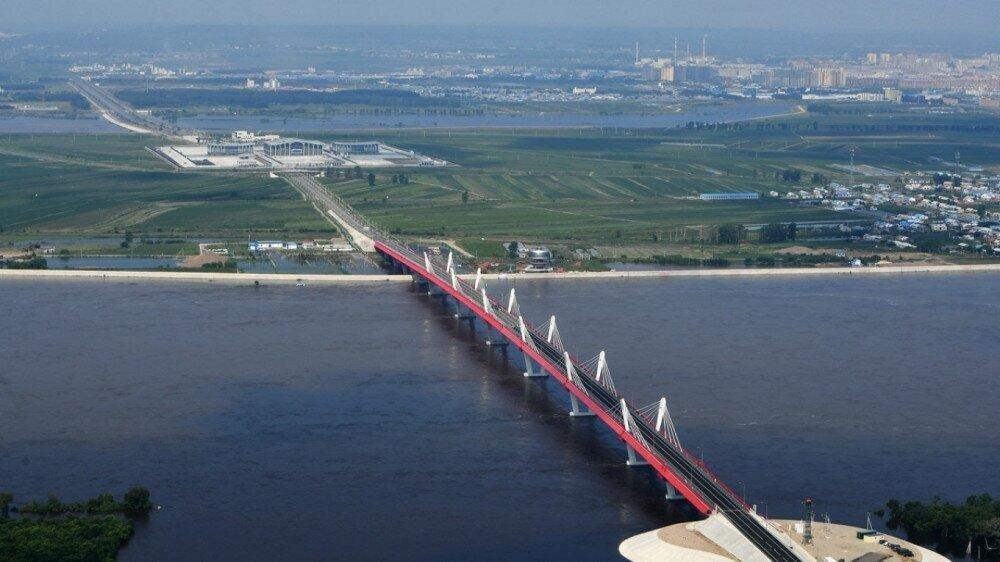 The first vehicle bridge between Russia and China opened to freight traffic Friday as Moscow pivots to Beijing amid the crisis in relations with the West over its invasion of Ukraine.

Most building work on the Blagoveshchensk-Heihe bridge across the Amur River was completed in late 2019.

Transportation between the border cities with close economic ties was to date provided by riverboat, hovercraft, floating bridge and ice roads in winter.

Friday’s opening ceremony showed freight trucks crossing the kilometer-long bridge as white, blue and red fireworks in the colors of the Russian flag erupted in the background.

In the meantime, China’s Covid-19 restrictions are limiting movement on the Blagoveshchensk-Heihe bridge to passenger traffic.

“The high demands on the Chinese side limit us for now,” Yekaterina Kireeva, the Amur region’s senior economic development official, told Interfax. “Nevertheless, today marks the start of stable daily transport links between our countries.”

After the restrictions are lifted, the toll bridge is expected to carry 630 freight trucks, 164 buses and 68 vehicles per day.

Amur region Governor Vasily Orlov said the toll for using the bridge would be 8,700 rubles ($146), and that construction costs will be recouped in 20 years.

Earlier in April, Russia completed construction of its section of the first Russia-China railway bridge, which is expected to open in August.

Both projects are parts of China’s ambitious Belt and Road initiative, which Beijing funds to boost Eurasian trade.