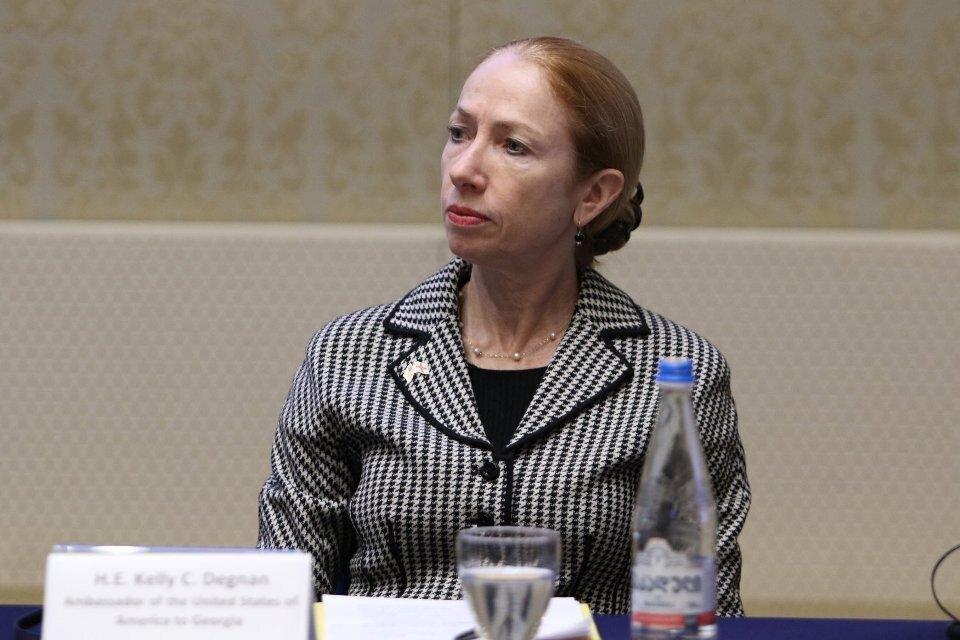 “I’d like to respond to this insidious narrative that seems to continue. It seems straight out of an FSB disinformation book, but let me be very clear. The United States is not trying to drag Georgia into Russia’s war against Ukraine. The United States does not want to see this war expand in any way. The United States is doing everything we can to stop this war as soon as possible," US Ambassador to Georgia Kelly Degnan told reporters.

According to her, it was Putin who launched this aggressive and brutal war against Ukraine and it is Putin who can stop this war.

“It’s the United States, Europe, the friends of Georgia, who over the past 30 years, have done everything we can to help Georgia along its path to Euro-Atlantic integration. We will continue to do that. I think it’s really important for Georgians to remember that it is Russia that occupies 20% of your territory. It is Russia that tried to kill your language. It’s Russia that desecrated your churches by using them as stables for animals. If there’s any question about what Russia’s friendship for Georgia means, all you have to do is look at the Administrative Boundary Line to see your friends are in the United States and in Europe. And that is the path to peace, stability, and prosperity for Georgia,” said the Ambassador.