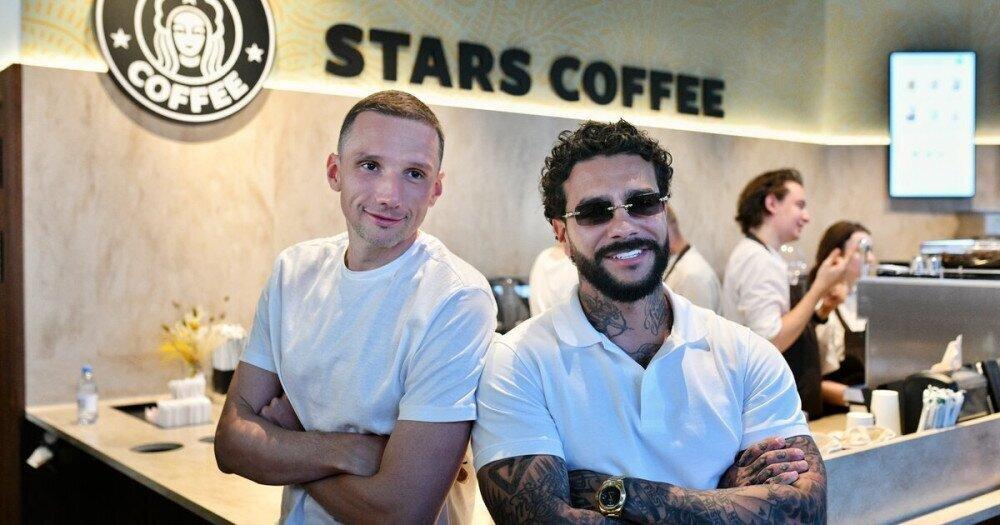 A new coffee chain is taking over Starbucks outlets in Russia after the US company pulled out over the invasion of Ukraine.

Stars Coffee, which opened its first Moscow café on Thursday, is owned by a pro-Putin rapper and a restaurateur.

The cafés were closed by Starbucks in March and the company completely withdrew from Russia in May.

Starbucks had almost 2,000 employees in Russia and 130 stores. Staff members remain on full pay through the autumn.

Stars co-owner, the restaurateur Anton Pinsky, said the outlets would be reopened gradually.

The logo of Stars Coffee is similar to that of Starbucks, featuring a woman in the centre of a circle but wearing traditional Russian headgear.

Mr Pinsky said there was nothing in common between the two images apart from their circular shape.

Starbucks has not commented on the similarities between the names and logos.

As Starbucks had its own production base, the new owners of Stars Coffee have had to find new suppliers.

"We just found other suppliers, found the right roasters, and because the baristas mixed it all correctly, we have a product that we think will be competitive," rapper Timati, the firm's other co-owner, said.

The move comes after another chain took over the more than 800 stores owned by McDonald's in Russia in June.

Owned by Russian oil magnate Alexander Govor, it is called Vkusno i Tochka, which translates as "Tasty and that's it".

The new company said the make-up of the burgers and the equipment used had stayed the same.

McDonald's first opened in Russia in 1990, in a symbol of the country embracing Western food and culture, BBC reports.