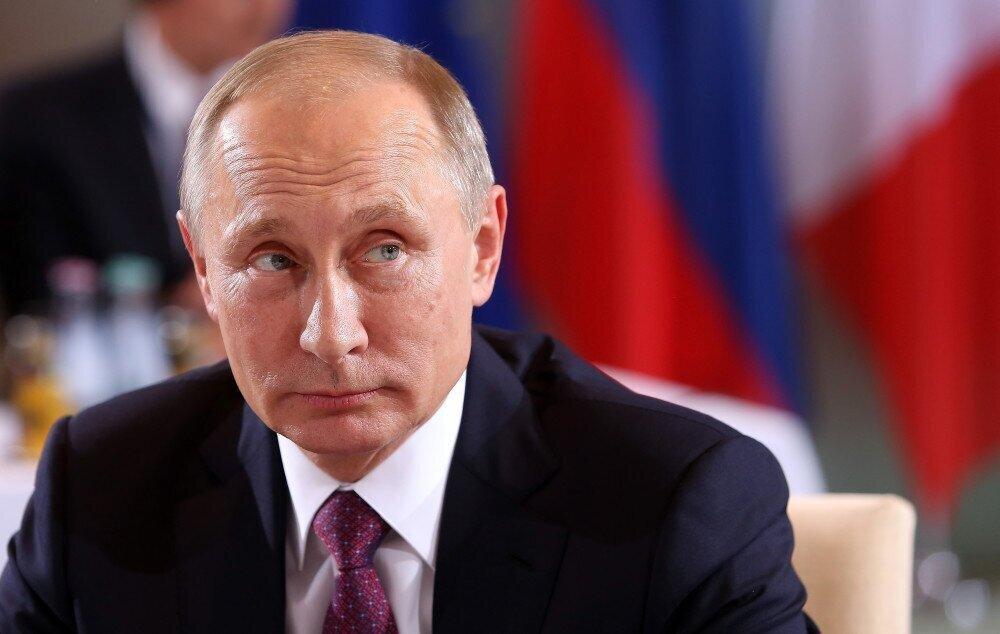 United States President Joe Biden warned on Wednesday that he thinks Russia will likely enter Ukraine. A few hours earlier, Secretary of State Antony Blinken told Kyiv to be ready for an invasion and to prepare for tough days ahead. And weeks of intense negotiations with Moscow have yet to yield a breakthrough for Washington or Brussels.

Yet the roughly 100,000 Russian troops amassed on the country’s border with Ukraine aren’t the only reason for mounting pessimism in Western capitals as Europe stands on the brink of what could easily escalate into a major military conflict, Al Jazeera reports.

Even as the US has threatened strong economic measures against Russia if it engages in fresh aggression against Ukraine, experts say there’s growing recognition that Washington’s ability to influence Moscow’s decisions using sanctions is limited.

Since 2014, the US has imposed multiple sanctions on Russia to punish it for its annexation of Crimea and its support for rebel groups waging a war in Eastern Ukraine. These steps have bled the Russian economy by about $50bn annually, according to research by the Atlantic Council.

They’ve targeted oligarchs and organisations close to Russian President Vladimir Putin. But they have so far failed to deter Putin from “continuing to stir up trouble over Ukraine,” said David Cortright, director of the Global Policy Initiative at the University of Notre Dame’s Kroc Institute.

Washington still has a slew of options for additional and tougher economic sanctions that it can impose on Moscow — impacting everything from billions of dollars of investment in the Nord Stream 2 gas pipeline to the use of credit cards by ordinary Russians, analysts say.

As Blinken prepares to meet Russian Foreign Minister Sergey Lavrov in Geneva on Friday, it’s unclear just how much any of that will influence Putin’s thinking. The boldest measures could also backfire on Europe, because of the continent’s dependence on Russian energy. And even if the US were to go ahead and impose these fresh sanctions, it would be some time before Russia’s elite starts feeling the bite.

“In the long term, sanctions could crush the Russian economy. If Putin invades Ukraine, he will be staking Russia’s future on his actions in the present.”

So just how badly could US sanctions hurt Russia?

Researchers at Finland’s Aalto University studied the impact of sanctions between 2014 and 2017, and found that more than 80 percent of Russian companies they sampled had reported an adverse impact in their annual reports.

They found that European companies were also affected by the “heightened overall business uncertainty brought upon by the early sanctions”, said Jukka Sihvonen, assistant professor of financial accounting at Aalto. But while Russian companies continued to suffer, complaints from their European counterparts reduced over time, suggesting that they managed to reduce their vulnerability to the sanctions, Sihvonen told Al Jazeera.

US sanctions have also had an — admittedly limited — effect on Putin’s strategic thinking, said Maria Shagina, a visiting fellow at the Center on US Politics and Power at the Finnish Institute of International Affairs.

“They’ve played a role in containing what Russia might have done,” she said. In other words, without sanctions, it’s entirely possible that Putin might not have stopped with the takeover of Crimea and the conflict in Eastern Ukraine. “The ultimate goal of the sanctions — to reverse what Russia did in Ukraine — wasn’t achieved, but there was some impact,” Shagina said in an interview with Al Jazeera.

The sanctions until now have largely focused on individuals and entities believed to be within Putin’s orbit. “That’s often what is most effective with autocratic regimes,” said Weber. Since 2014, however, the Kremlin has developed what amounts to two parallel economies, he said — one for ordinary Russians, who are exposed to the sanctions; and the second for the economic, political and military elite, who are protected from them.

Russia has built international reserves worth $630bn. This pot allows Putin the luxury of guaranteeing that those in the elite who stick by him won’t suffer personally from any new sanctions.

“It’s essentially the backstop for when the invasion happens,” Weber said. “The elite can treat sanctions as simply the cost of doing business … they get a chance to prove their loyalty to Putin.”

The US has other options, including punishing the Kremlin’s pet projects and deepening the pain for ordinary Russians in the hope that this increases public pressure on Putin. Washington has long wanted to kill the Nord Stream 2 pipeline, aimed at increasing the supply of Russian natural gas to the European Union.

But while sanctions on the project would hurt Russian investors involved, “the much greater cost would be paid by the people of Europe”, Cortright told Al Jazeera. Already, European consumers are paying more for gas than usual because of supply delays. “The European people would probably pay even higher prices if there is a formal block on the new pipeline,” Cortright said.

Europe is also Moscow’s hostage if the West decides to exercise what Shagina described as the “nuclear option” — getting Russia expelled from the system of international payments that global trade runs on: the Society for Worldwide Interbank Financial Telecommunication (SWIFT) system.

That would affect Russian banks and exporters. But again, it would hurt Europe, which uses the system to pay Russia billions of dollars for hydrocarbons every year, Shagina said.

And for the West to be able to truly worry Moscow, Europe and the US must speak in one voice on sanctions, analysts said. That’s important to send a message of unity, said Shagina. It’s also vital because the US’s annual trade with Russia (less than $30bn) is a fraction of Europe’s (nearly $200bn), giving Brussels greater clout.

That unity hasn’t been easy to build. Earlier this week, French President Emmanuel Macron suggested that Europe needed its own dialogue with Russia, independent of talks between Washington and Moscow. And on Wednesday, Biden conceded that NATO might be divided on how to proceed against Moscow depending on the extent of Russia’s intervention in Ukraine.

Cortright doesn’t see European leaders agreeing to sanctions on Nord Stream 2 or an ouster of Russia from the SWIFT system unless Moscow “actually invades Ukraine or causes a more severe crisis in the border or disputed regions”, he said.

The one mitigating factor from the West’s perspective? Russia’s energy leverage over Europe also has its limitations. Until now, Moscow has only shut down supplies when it could cite commercial reasons — like a country not paying for its gas on time. If the tap gets turned off for political reasons such as a conflict, Europe will have no alternative but to look for other sources, said Weber.

Some countries are already preparing for that possibility. Earlier this month, Saudi Arabian oil giant Aramco bought a stake in a Polish refinery, a move that experts said points to Warsaw’s desire to reduce its dependence on Russian energy. If others follow suit, Moscow risks losing a vital source of revenue in the long run.

“Russia knows this,” Weber said. “You can only play the energy weapon once.”