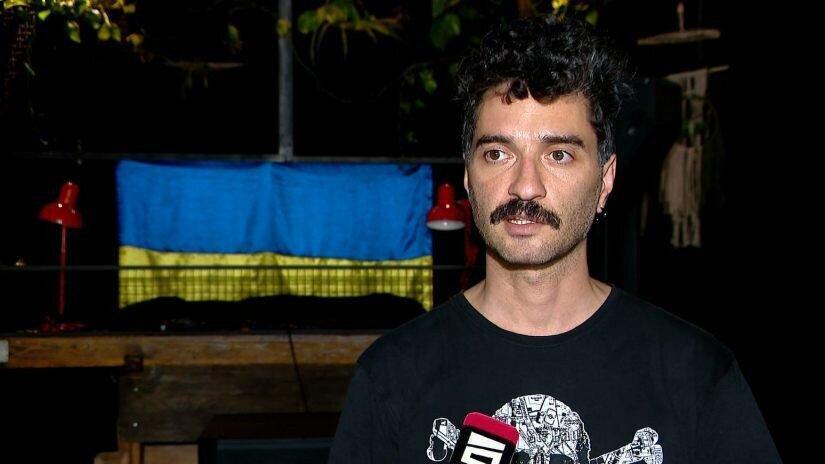 The reason for internet aggression was Dedaena Bar’s policy, which imposed “visas” for Russian citizens to enter.

“Citizens of Russia need a Visa to enter Dedaena Bar because not all Russians are welcome. We stand for equality and unity, but we need to make sure that brainwashed Russian imperialists do not end up in our bar. Please support us by filling in a Visa application so nobody has to hang out alongside Ass*oles. Thanks for understanding,” reads the statement published on the bar’s website.

On August 2, Dedaena Bar published a statement on social media noting Russians were trying to put pressure on the bar with 1* ratings.

“Russians are unhappy that they cannot enter the Dedaena Bar without a visa, and that the staff refuses to speak to them in Russian,” read the statement that day.

The bar was given negative reviews and, as a result of the attack, it’s rating on Google was reduced to 2.4. Aggressive comments were written on the bar’s social network pages.

After the attack, Georgia’s citizens started a campaign in support of Dedaena Bar. Later Ukrainians also joined the campaign.

One of the most influential Ukrainian media UNIAN called on the following:

"Russian began to massively lower the rating of the Georgian establishment, where tourists from Russia are asked to fill out a questionnaire with "uncomfortable" questions for them. Now its rating on Google has dropped from 5 to 2.5. Commentators of Moscow are very unhappy with the questionnaire that the bar's employees ask Russian tourists to fill in. It is reported that Ukrainians have already visited the website of the bar: they, in turn, are trying to improve the rating of the institution. We also recommend you to support the host and give this bar a positive rating. For those who do not know how - we made a reference for you. Enter the Dedaena Bar in the search engine and go to the reviews" – Unian wrote.

By reporting to Google and getting 3000 Russian posts removed and by writing 5-star reviews as Dedaena Bar reported, Google removed questionable reviews from Russian citizens and the rating of the Dedaena Bar on Google was restored to 4.8.

Data Lapauri, one of the founders of the Bar told Analytics with Elene Kvanchilashvili on BMG TV that the incident was far from being over.

Data, do you feel safe from cyberattacks on Dedaena Bar – can we say at this moment that the incident is over?

Firstly, let me thank everyone for their support. Without them we could have not survived the attack day. It is unthinkable that the Russian state attacked us and bombed us in the digital space. The day of the attack was the most critical day. Unfortunately, I cannot state that the incident is over because the attack continues. By the end of the attack day Google analytics deleted all the suspicious accounts and restored out profile back to the week before status-quo with almost 5 stars. It was a small tactic victory; however, the attack has been renewed – today, you cannot even find our Google profile, it has been deleted. Our photos have been transferred to some other account – in short it is a very messy situation that even I do not understand fully, so I don’t want to further elaborate on that at this point not to mislead our consumers and supporters.

But what is an undeniable fact is the support that’s coming both from Georgian and Ukrainian citizens – we are receiving a lot of letters of support, comments below the profile show the real war against trolls, their massive reporting. This is a two-way process: My profile is also reported at this moment by the absurd reason of using a hate speech which wasn’t the case, of course. At this moment we are discussing with professionals what additional measures we can take to improve the security. Trolls are using the weekend to make things worse – starting next week we will contact Google again: It is not an easy process but we have reached the point when we have direct contacts with Google and we feel the huge support on their behalf as well. We do not know whether the AI has selected through the fake accounts or we have supporters in Google as well, but they have dealt with it very effectively.

To show the scale, on the attack day 10,500 reviews have been submitted; this is a very large number compared to what we have gained in 4 years since we started to build our bar and its reputation – the number of reviews in this 4-year span was 370. We believe that today our main job is to withstand this massive attack and consult with professionals and I do hope that such an attack won’t go without punishment, because today it may be my bar, but tomorrow this digital bomb may fall on Justice Hall which is next to us. And you could see that in comments below, the topic was not the Bar but Georgia...

Yes, totally horrific comments alluding to 2008 August War and victims of the war. It was impossible to read through that aggression.

Full of threatening sovereignty of our country, territorial integrity. This makes us think that such hacktivists might attack not only a private bar like ours, but any state entity. That’s why it is very important that such a precedent does not go without punishment.

Who should punish, Data? Two things come to mind: First, Georgians, Ukrainians are your supporters but second, has the state shown its interest in your case?

Let me first clear up what I mean by the punishment. Here are two ways: Probably it would be quite hard for the state to follow all these trolls and bots and punish them one by one; but Meta and Google are quite well positioned to delete these accounts permanently.

To be clear, what these trolls have done can be qualified as a crime so we are gathering all types of evidence and we will send those to Google and Meta, and we can do the same with state entities if they get interested into the matter. As for the authorities, they haven’t taken any steps in this direction: As I know we have a cybersecurity department and I don’t know they might be working on our case very hard right now; however, this information hasn’t yet reached us.

Also, in Georgia there are number of NGOs specializing in cybersecurity issues, but they haven’t approached us either. I hope they will use the big grants they have received from the development partners in Georgia to support us as well in this very tough moment – attack is still on-going.

I hope they will listen to your voice and get engaged in withstanding this attack. The visa that you have, the flags supporting Ukraine, etc – will you compromise on that or is that your firm position to have barriers for Russians in the Bar? This position brought you all the support in the first place.

This is our business. We have our personal space there. We do not breach any laws. We have the freedom to express ourselves. If Georgia adopts some new laws or restrictions, we may think what to do but I doubt we will change anything. Up to this point, our business matches our morale, Georgia’s legislation, our constitution – so, I do not see any reasons to think of these red lines at this point. We do what we believe in, we do what is legal and we do what we believe in right. Everything might change in future, we might be or might not – but from this standpoint, we are not going to give up.