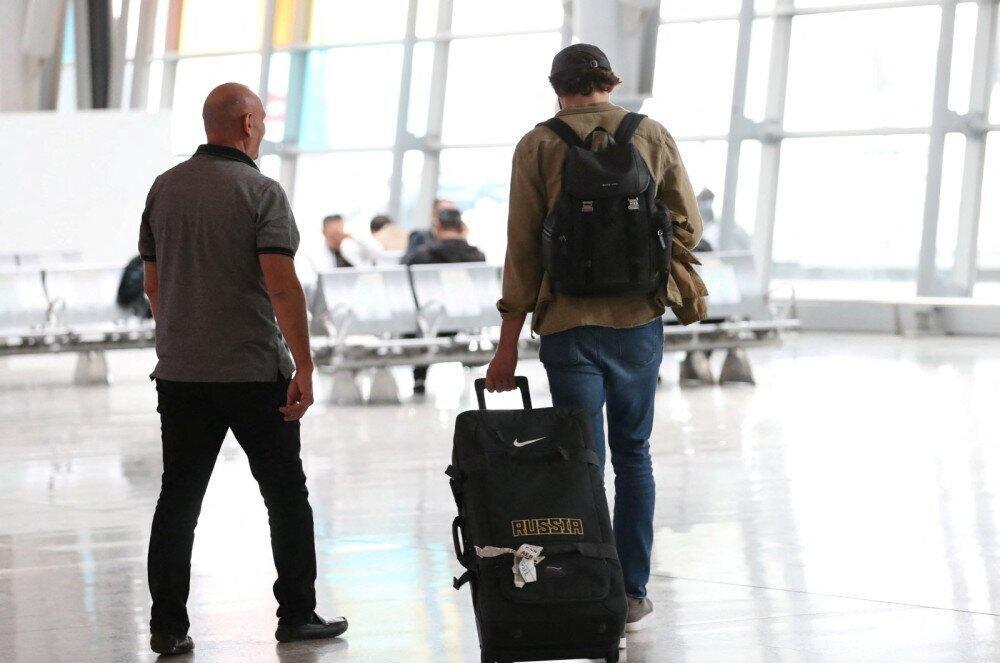 A stream of Russians has been flocking to Istanbul, expressing personal relief but concern for the safety of loved ones after the Kremlin announced a partial military mobilization for the war in Ukraine.

The price of some tickets from Moscow shot up tenfold after President Vladimir Putin on Wednesday announced Russia’s first call-up of fighting-aged men since World War II. The total number of reservists involved could be as high as 300,000.

All those carrying hurriedly-packed belongings refused to give their full names for fear of retribution by Russian police against those still at home. But all described anxiety not felt since the first days of Russia’s invasion of its Western-backed neighbor on Feb. 24.

“We were talking to our friends and many are thinking about leaving,” said Daria, 22. “Not everyone wanted to leave in February. The decision of Sept. 21 forced many to think about it again.”

Her husband Andrei, 23, said he had been thinking of leaving since the first days of the war.

The mobilization was the last straw. “A lot of people decided to leave right now,” he said. But Andrei also worried that speaking to reporters might cause issues for his family and friends back home.

“Yes, I think that things I am saying to you now – I am worried that there might be some punishment for that,” he said, standing next to a huge suitcase. “The laws (in Russia) are very loosely applied. If they want to, they will find a reason to punish you.”

Putin’s mobilization order is designed to fill Russia’s military with hundreds of thousands of men after a string of setbacks that appears to have changed the tide in the seven-month war.

Dozens of flights out of Russia – with tickets sold at sky-high prices – carried men to international destinations such as Türkiye, Armenia, Azerbaijan and Serbia.

A top holiday destination for many Russians, Türkiye is among the few countries still operating flights out of Russia. Russians can also reach Türkiye without a travel visa, which makes trips purchased at the last minute much easier.

Flights to Türkiye almost immediately sold out after Putin’s television announcement. The last few tickets sold by popular Russian travel sites shot up in price because of soaring demand, making escape too expensive for many.

“Türkiye is our intermediate point. We are here temporarily because there is a danger that the borders will be closed for good,” Daria said. “But this is not certain, and no one really knows.”

Among those who reached Türkiye was a 41-year-old who landed in Istanbul with a suitcase and a backpack and plans to start a new life in Israel.

Sasha, a 48-year-old company manager, said he knew of people who were trying to flee but could not. “I think that many people would like to leave Russia but there are very few flights,” he told Agence France-Presse (AFP) at the airport.

Sasha said it was difficult to gauge the true mood of Russians after the mobilization order because some still supported the war and were willing to fight.

“There is no consensus in Russia right now. Some people support Putin, some people don’t support him,” he said. “It depends on their view of war and their philosophy.”

He added that many were too afraid to speak their mind. “Of course, we feel pressure. In Russia, there is a system of facial monitoring. And if someone sees your face, it is very easy to identify who you are,” Sasha said.

“This interview could be interpreted as being bad for the Russian army. In the future, people who give an interview like this could face problems.”

Andrei said he was now particularly worried about one of his childhood friends.