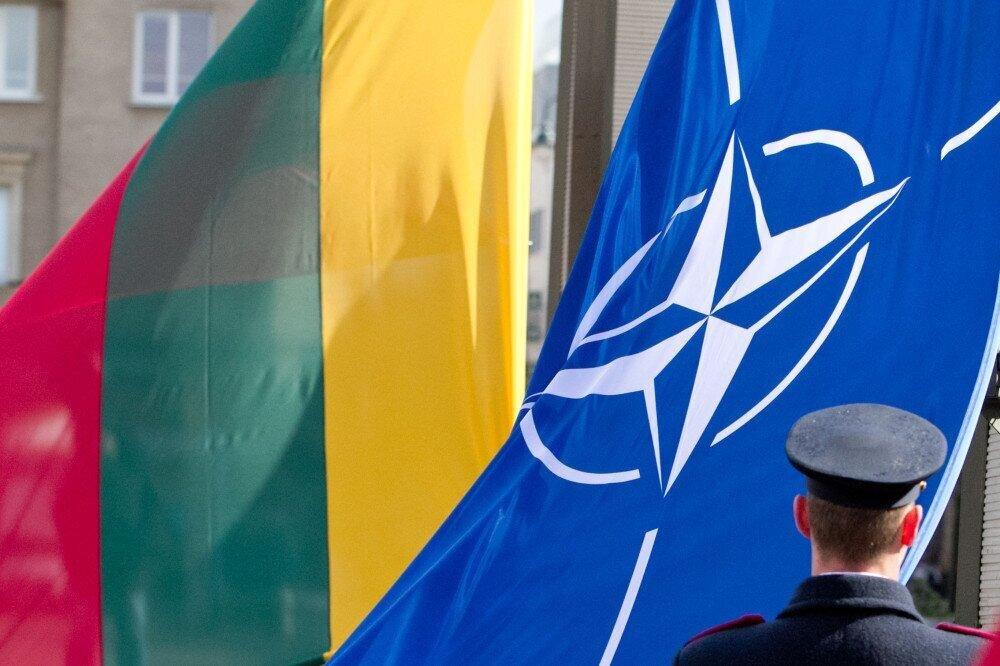 A member of Russia's State Duma has submitted a bill to the country's parliament to repeal the recognition by the USSR of Lithuania's independence, saying that such a move could allow Russia to push NATO out of countries that joined after 1999.

In the explanatory note on the bill, Fyodorov claimed that the decision by the State Council of the USSR to recognize the independence of the Republic of Lithuania in 1991 was "illegal." He argued that the State Council itself was a body of state power which was not provided for by the USSR's constitution, making it unconstitutional.

Fyodorov additionally argued that recognizing Lithuania's independence violated a law passed by the USSR in March 1991, which established that not a single state body in the USSR was authorized to make decisions either on the withdrawal of republics from the USSR, nor on the termination of the existence of the USSR as a single state.

The Russian politician pointed out in the explanatory note that, according to an amendment to Russia's constitution approved in March 2020, the Russian Federation is considered the "legal successor of the USSR."

Fyodorov stressed that a referendum on secession from the USSR was not held in Lithuania before the recognition of its independence and a transitional period was not established to consider all "controversial issues."

Lithuanian FM: We must respond accordingly

In response to the proposed bill, Lithuanian Foreign Minister Gabrielius Landsbergis warned that Lithuania must respond accordingly and be ready to defend itself together with its partners on Wednesday, according to Lithuanian National Radio and Television.

“Only a state ruled by beasts could start a war like the one Russia started. I am not surprised that in politics they do not behave according to human standards," said the foreign minister. "We must respond accordingly - be ready to defend ourselves both by ourselves and together with our partners, by political, diplomatic or other means."

The Lithuanian presidential press service refrained from commenting on the bill, according to Delfi news, saying "We will not comment on the absurd."

Lithuania's fight for independence from the USSR

Despite Fyodorov's claims, an independence referendum was in fact held in Lithuania on February 9, 1991 (months before the recognition by the USSR's State Council), with 91% of those who voted expressing support for the country's independence. The referendum was held after violent and deadly confrontations between the Soviet army and Lithuanian civilians pushing for independence.

Lithuania had declared independence from the USSR already in March 1990.

In March 1991, Latvia and Estonia both held similar referendums for themselves, with over two-thirds of voters in both countries expressing support for independence. All three states had enjoyed years of independence before being forcibly annexed by the USSR in 1940.

Russia aiming to push NATO out of eastern Europe

Fyodorov told the RTVI network on Wednesday that the reason he was suggesting revoking the recognition of Lithuania's independence is because this would lead to the nation being involved in a territorial dispute, meaning it would no longer meet the conditions for admission to the North Atlantic Treaty Organization (NATO).

The "Study on NATO Enlargement" published in 1995 states that the resolution of "ethnic disputes or external territorial disputes" would "be a factor in determining whether to invite a state to join the Alliance."

The Russian politician asserted that this would create a position in which Russia could negotiate with NATO and force the military alliance to withdraw to only the nations that were a part of it in 1999, which would exclude at least Lithuania, Latvia, Estonia, Romania, Bulgaria, Albania, Slovakia, Slovenia, Croatia, Montenegro and North Macedonia.

'A complete redistribution of borders'

"We have a lot of claims against Lithuania, in particular, with regard to the rights of the Russian-speaking population," said Evseev. "In addition, there is a scenario according to which we will have to enter its territory in order to provide a corridor to Kaliningrad."

"In the event of a real military threat to the Kaliningrad region, the Russian Federation will be forced to create a land corridor to the region through the territory of Lithuania," said the CIS Institute member.

Evseev added that there are Polish people who believe Vilna should be under Poland's control and Germans who believe some parts of Poland should be part of Germany. "A complete redistribution of borders may begin, and not on our initiative...In the conditions of the lawlessness that is happening now, no one can guarantee anything."

The CIS Institute member warned that the Baltic states were "making the same mistake as Ukraine, which believed that the Russian Federation would never send troops because the United States was behind it."

Throughout Russia's invasion of Ukraine, Russian officials and media have repeatedly lamented the independence of former Soviet republics, sparking concerns that Russia could attempt to invade other former members of the USSR.

In a speech on February 21, Putin referred to Ukraine as "historically Russian land" and called the granting of sovereignty to Soviet republics "truly fatal" and "historic, strategic mistakes."

Shortly after the Russian invasion of Ukraine began, an article on the Russian RIA Novosti news site stated that "Russia is restoring its historical fullness, gathering the Russian world, the Russian people together — in its entirety of Great Russians, Belarusians and Little Russians (a term used before the 20th century to refer to what is now Ukrainian territory)."

The author of that article referred to the 1991 declarations of independence by Belarus and Ukraine as a "terrible catastrophe" and an "unnatural dislocation."