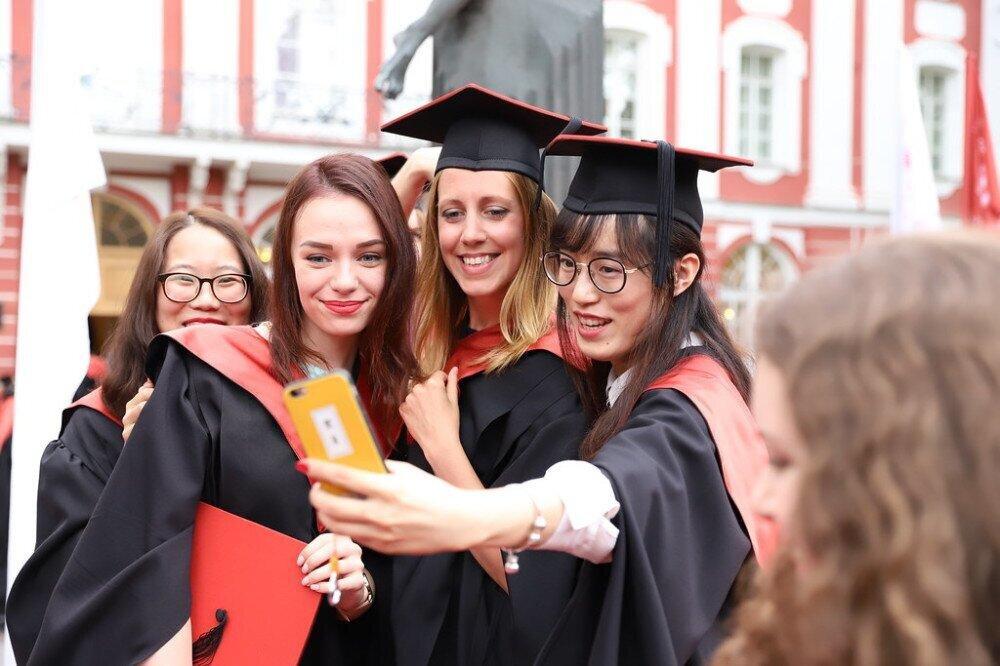 Several hundred Russians studying technical subjects at Czech universities are facing having to stop their studies or being forced to switch degrees. Czech authorities say this is in order to comply with EU-wide sanctions against Russia.

Czech universities, however, are largely autonomous in their decision-making, meaning Czech authorities can merely recommend Russian students be excluded from certain courses or subject areas. Wildova nevertheless warned that universities "risk losing international credibility" if they do not comply with EU sanctions, according to Czech news platform Aktualne.cz.

Universities reluctant to kick out students

The Czech Technical University in Prague (CTU) is one of the institutions that could be most severely affected by the move — some 800 Russians are enrolled there among its 17,000 students. "We are trying to find a way to comply with the sanctions and at the same time enable Russian students to continue their studies," CTU Chancellor Lucie Orgonikova told DW.

"We want at all costs to avoid students being forced to return to Russia because of the sanctions."

Under the sanctions, Russians could be barred, for example, from studying cybernetics and aviation. CTU has, however, said students of such subjects who send a letter formally distancing themselves from Russia's war in Ukraine can then apply for a special permit to continue their studies. But Orgonikova stressed that "this was not a condition for making an exception, just one of the options."

"The war is making it harder for me to stay in the Czech Republic," Ilia, a Russian student at Brno University of Technology, told hlidacipes.org. Her studying in the IT department, she said, is now seen as rendering technical assistance to Russia. "Each day, I am expecting to be told I have to interrupt my studies."

Some Russian students are critical of the Czech authorities. "I feel uncomfortable being discriminated against just because of the passport I hold," one Russian CTU student, who wished to remain anonymous, told DW. "But I oppose the war against Ukraine."

Some, like Nikita Iryupin, are planning to apply for a permit to keep studying. Iryupin just earned his bachelor's degree in software engineering and now wants to pursue a postgraduate degree. "I will send a letter," he told DW, adding that he is already publicly condemning Russia's invasion of Ukraine. Iryupin and others even organized a major anti-war protest that drew thousands of people to central Prague. He now fears Russia will regard him as a "traitor."

Iryupin recognizes that many of his fellow Russian students may worry about formally distancing themselves from Putin in a letter, even though most oppose the war. "Many students fear their letter could be leaked and that the Russian government will persecute them, as well as their relatives inside Russia — just like the relatives of opposition figures who have gone into exile," he says. Nobody, he says, wants to put their family at risk.

Ivan Preobrazhensky, a political analyst specializing in Central and Eastern Europe who is based in the Czech Republic, confirmed to DW that students who formally dissociate themselves from Putin could face criminal prosecution in Russia.

"The maximum sentence could mean up to five years in jail," says Preobrazhensky, though he adds that he has been told in private this punishment was not being applied so far. "It is clear, however, that 'dangerous students' could face restrictions," he says.

In total, some 8,500 Russians are enrolled at Czech universities at this present time, says Preobrazhensky. "As far as I know, the Czech Republic is the only EU member state where sanctions are directly affecting students," he says.

Some members of the country's Ukrainian community welcome these envisioned measures against Russian students. "This is a step in the right direction, Russians need to feel the consequences of their government's actions," said Lenka Vichova, editor-in-chief of Prag's Ukraine journal.

"We are not providing any technical assistance to Russia so as not to strengthen its military," she said. "So we should not provide Russians with comfortable accommodation or educate them because it could be used against us today, or some time in the future."

The Czech Republic has officially stopped issuing visas to Russians, says Foreign Ministry spokeswoman Lenka Do. Exceptions will, however, be made for humanitarian reasons and for Putin critics, she says.

Indeed, the country has a long history of supporting Russia's democratic opposition. Between both world wars, Czechoslovakia took in and supported thousands of Russians who fled the Bolshevik regime. Prague had one of Europe's largest Russian exile communities.

The Czech Republic is home to some 100,000 Russians. About half a million Ukrainians are thought to live in the country as well, among them 250,000 refugees, most of them women and children, DW reports.