Salome Zurabishvili to Mike Pompeo: “Our Region and the World Need a Peaceful, Stable and Democratic Caucasus” 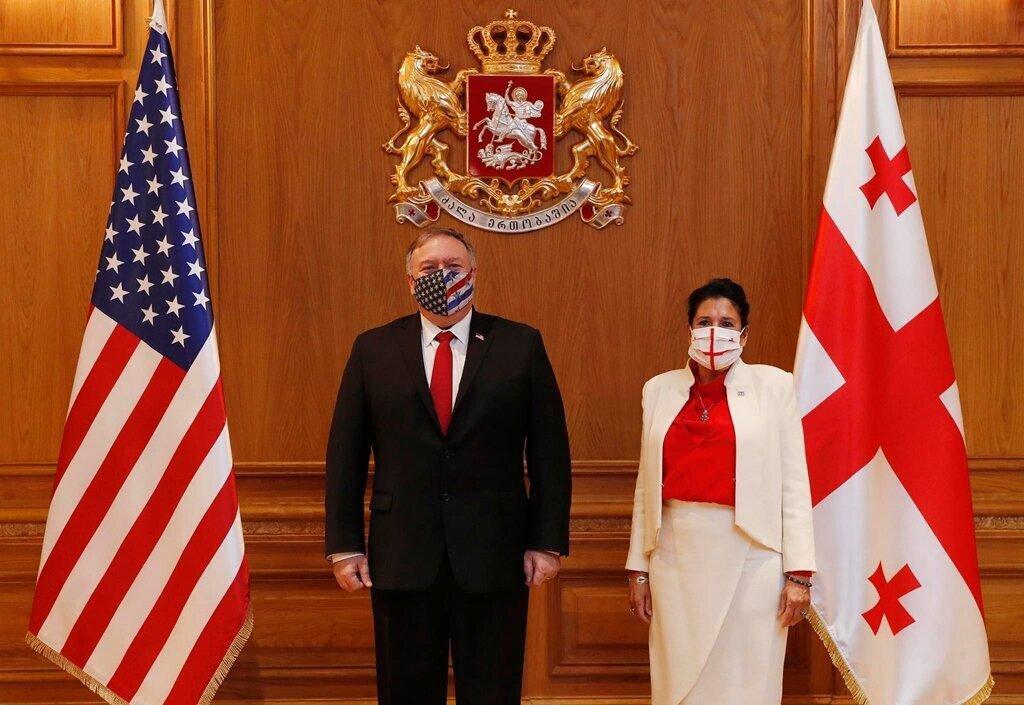 Back
"Our region and the world need a peaceful, stable, and the democratic Caucasus," Georgian President Salome Zurabishvili said during a meeting with US Secretary of State Mike Pompeo.
The President noted that the arrival of the US Secretary of State in our country within the framework of his official tour confirms the importance of Georgia, the Caucasus, and the Black Sea for the United States.
"This importance has increased due to the new circumstances in the region. Peace does not have an alternative, and the region's economic and political development is in our common interest. Georgia is still a worthy partner and reliable support for the United States in the region for protecting this common interest" - said Salome Zurabishvili.
The President thanked the US Secretary of State for his strong support for Georgia's sovereignty and territorial integrity and noted that there's no alternative to achieving peaceful de-occupation. This requires effective negotiations, the strengthening of the Geneva format, and all other possible formats.
The President noted that the friendship between our countries, which is three decades old, has never been questioned because it is based on common values - democracy, the rule of law, and, most importantly - freedom!
During the meeting with Mike Pompeo, the President expressed hope that the existing cooperation between Georgia and the United States will move to a new level, and negotiations will be launched regarding free trade.
"Our relationship will be strengthened by deepening the strategic partnership, cooperation on Black Sea security issues, and US support for Georgia on its path to Euro-Atlantic integration. These are topics which have strong support in Georgian and American societies and the political spectrum," Salome Zurabishvili said.
Salome Zurabishvili Michael Pompeo Secretary of State