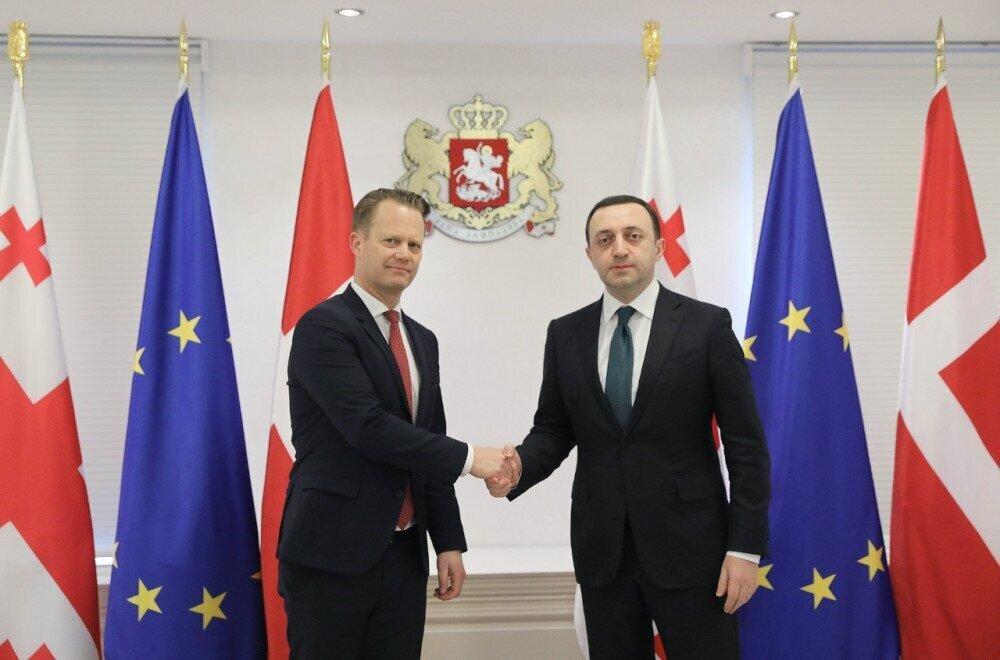 Significant matters of bilateral relations existing between Denmark and Georgia were discussed at the meeting. Covered topics also included the impact of the military activities witnessed in Ukraine on the security of Eastern Europe.

Focus was made on the current situation and security challenges in the occupied territories of Georgia. It was noted that the Kingdom of Denmark is a strong and vocal supporter of the sovereignty and territorial integrity of Georgia, its European and Euro-Atlantic integration.

One of the topics discussed at the meeting was the official EU Membership Application filed by Georgia. The Prime Minister noted that Georgia hopes to obtain a strong support of international partners in this process. The Danish dignitary noted that Georgia will have full support towards this end.

Meeting held at the Government Administration today was attended by Bertel Horder, Chairman of the Foreign Affairs Committee; Christina Markus Lassen, Political Director of the Ministry of Foreign Affairs; H.E. Ole Egberg Mikkelsen Ambassador Extraordinary and Plenipotentiary of the Kingdom of Denmark to Ukraine and Georgia; Ule Riudal Svenson, Adviser to the Minister of Foreign Affairs; and William Bo, Senior Adviser; Georgian attendees included David Zalkaliani, Minister of Foreign Affairs of Georgia; Ilia Darchiashvili, Head of Government Administration and H.E. Nata Menabde, Ambassador Extraordinary and Plenipotentiary of Georgia to the Kingdom of Denmark.