“Sanctions Are Just One Tool … We Are Very Disappointed” – US Ambassador 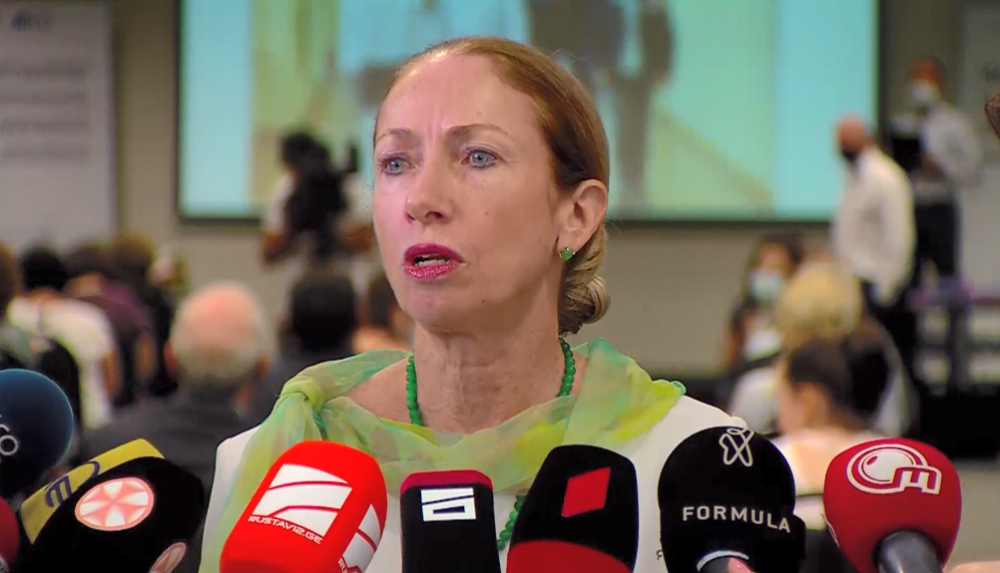 Back
"Sanctions are just one tool, we are very disappointed - the US Ambassador to Georgia Kelly Degnan responded to a statement from the US State Department regarding the appointment of Supreme Court justices and reiterated that the process should have been suspended under the terms of the April 19 agreement / Charles Michel document.
"Sanctions are just one tool that can be used. You have seen in the statement issued by the US Embassy, ​​as well as in the statements of the US Department of State and the Secretary of State, that we are deeply disappointed.
Georgia's political leaders, including the ruling party, have agreed that the appointment of judges would be suspended pending broad, inclusive, and multi-party judicial reform, which has not yet taken place, and that is why we are disappointed with the appointment of these judges. Parliament could have paused the process.
Statements made by the US government, including the Secretary of State, have not been rushed. These are messages of concern sent by Georgia's strategic partners, which should be taken seriously and not ignored as hasty statements," the ambassador said.
US Embassy Tbilisi, Georgia Judicial Reform Charles Michel Kelly Degnan April 19 Agreement