How did Sheridan&Co. end up at TBC Bank? 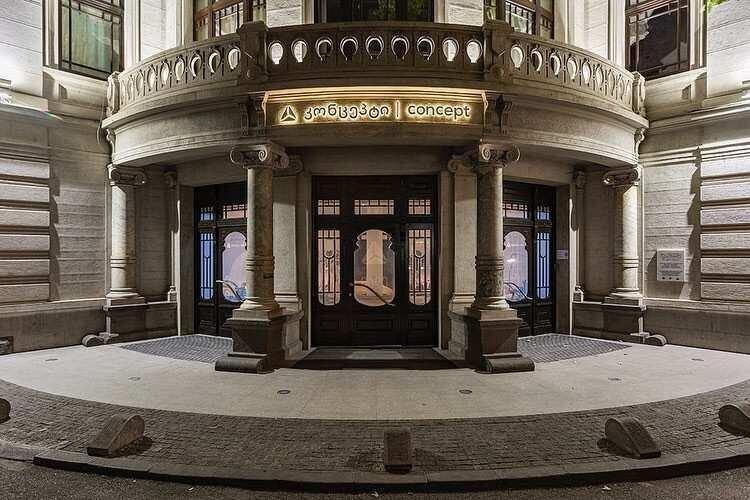 Two years ago, the Sheridan&Co team traveled to Georgia, Tbilisi to meet with a team from TBC Bank for a very special project. This trip was the start of a fantastic two year long journey that sought to shape the future of retail banking.

"Now, we are proud to announce that this project has come to life and TBC Bank has unveiled their new TBC Concept flagship at 7 Marjanishvili, Georgia.

The goal for this flagship was to help TBC Bank communicate the purpose behind their new TBC Concept which is to combine banking services with people’s interests and give them more time to work on their goals and enjoy new discoveries. Our task was to transform their formerly traditional bank interior design into a place for people to bank, work, network, socialise and enjoy cultural pastimes all under one roof. We received the brief at a time when Tbilisi’s entrepreneurial spirit was bursting into life through a new generation of start ups.

This energy was felt from the moment the team arrived in Tbilisi and it was clear that this ethos would inform the direction of the bank interior design of the flagship. Prior to the project, banking was an affair that was carried out behind security screens. The space was more for individual transactions, as opposed to conversation and fluidity. At the same time, the flagship space occupies a remarkably beautiful building and has an incredible architectural history which we have now fused with a fantastically modern and luxurious aesthetic", the statmnet of Sheridan&Co reads.