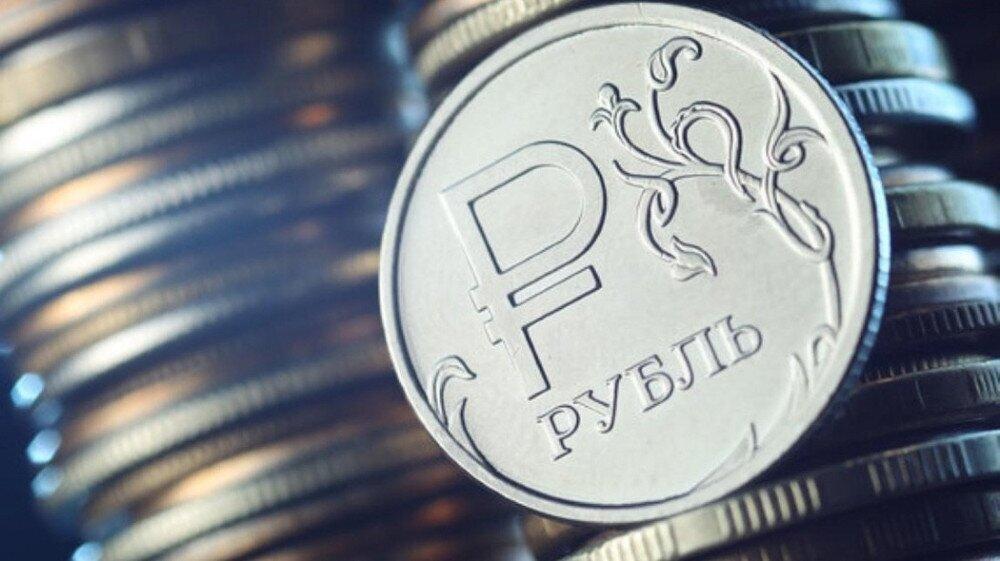 Russia has bailed out the ruble with the help of capital controls and higher interest rates, making it the world's top performing currency year to date. Yet, it remains too early to say whether the country's economy is back on its feet.

How should a country's economy be evaluated?

Does a currency appreciating against its counterparts indicate that the economy's wheels are turning smoothly?

When it comes to Russia, things are quite complicated because it is a country at war and an economy in turmoil, with surging inflation and sharp economic contraction, mainly due to heavy sanctions imposed by Western countries.

This is a country that has faced Western sanctions since 2014, when it illegally took over Ukraine's Crimean Peninsula and this time, it appears better prepared to deal with an initial wave of economic disruption than it was eight years ago.

In particular, Russia's currency, the ruble, surprised the world after it bounced back from the West's initial sanctions that sunk it to lows of 150 to the US dollar in early March. By mid-May, it had risen to about 61.25 -- its highest in 28 months.

Some think this recovery is a sign of economic resilience, but well-known economists have warned that things are not bright as they appear.

In an exclusive interview with Anadolu Agency, Guriev said the current forecasts for the Russian economy are not promising at all, noting that the Russian Central Bank's projections for 2022 showed that the economy would experience a recession of 8% to 10%.

"Instead of pre-war forecasts of plus 3% growth, recent leaks suggest that internal government forecasts point to a minus 12% GDP change in 2022," underlined the seasoned academic, who served as rector at the New Economic School in Moscow until he left the country in 2013.

"This is the biggest recession in 30 years," he added.

According to Guriev, this year is going to be a very difficult one for the Russian economy, given that international organizations are forecasting similar projections of 8% to 11% contraction.

This collapse has already started. For example, all automotive factories have ground to a halt, explained Guriev, adding that the sector produces zero cars "as we speak, because they lack imported parts."

Though imported parts from China may mitigate this, very hard times still await the Russian auto sector, he said. "The same is true for aircraft. The same is true for all production of advanced industrial goods which use semiconductors. There are some inventories, so they shock the income immediately. It's coming in the second quarter as inventories are exhausted."

Still, there is no question that Russia will suffer its worst recession since the early 1990s, he said.

On how the ruble has come back to pre-war levels, he argued that the formula for this was very simple.

"Because Russian industries were cut off from the global economy and can't import anything from the West -- pretty much anything except for pharmaceutical goods, basically -- Russia doesn't have demand for dollars, doesn't need dollars."

So, it's running a huge current account surplus and therefore the ruble appreciates, he explained, adding that this was a natural economic outcome of sanctions on important foreign goods.

The circumstances that produced the strong ruble is a side effect of the sanctions imposed on inputs, which he said were "the very same sanctions that cause a major economic recession."

The IMF sees the Russian economy shrinking by more than 8% this year, a long way from its pre-war forecast of 3% expansion, he noted, adding that this would be a very serious recession.

"The exchange rate is supported by draconian capital controls," he said. "Initially, the exchange rate plummeted, owing to capital flight. Exchange controls and other restrictions now prevent this from continuing."

Eichengreen argued that meanwhile, the Central Bank could support the exchange rate using dollars and euros obtained via energy exports. Hence, its recovery against the dollar and euro.

"But that's no sign of economic resilience," he underlined, adding that with inflation expected to reach 20%, there would be a significant deterioration in living standards, AA reports.