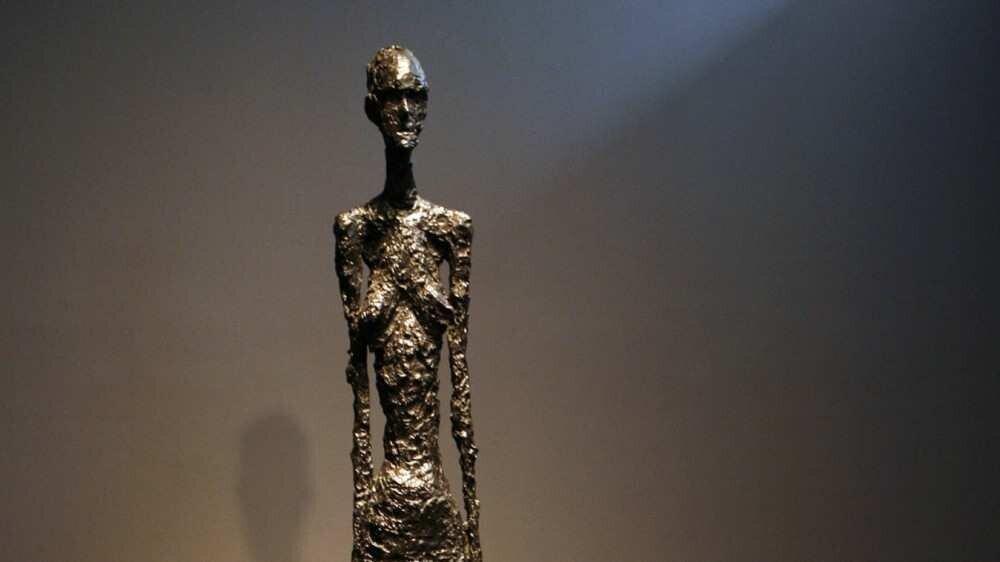 A work by Alberto Giacometti, the artist behind some of history's most expensive sculptures, is going up for sale -- but bids will be made entirely in secret – CNN reports.

According to CNN, until October 27, auction house Sotheby's will be accepting confidential offers for "Grande femme I," a 9-foot-tall bronze of a spindly woman. And with a starting price of $90 million, the so-called "sealed-bid" sale could fetch one of the largest sums ever paid for a sculpture.

The Swiss artist cast the bronze artwork in 1960, six years before his death. It was part of a larger series of sculptures meant to form a major public installation in New York City, though the outdoor display was never realized. "Grande femme I" embodies Giacometti's late-career style, which he developed after World War II: elongated, textured figures that appear fragile, but heavy with psychological implications.

Sotheby's said that its general counsel will review the bids alongside an outside auditor the day after bidding closes. The bidder making the highest offer will claim the sculpture, though the buyer's identity and the final sale price will not be revealed by the auction house – CNN reports.

By 2021, the Budget of the Ministry of Health Will Increase to 5.56 Billion