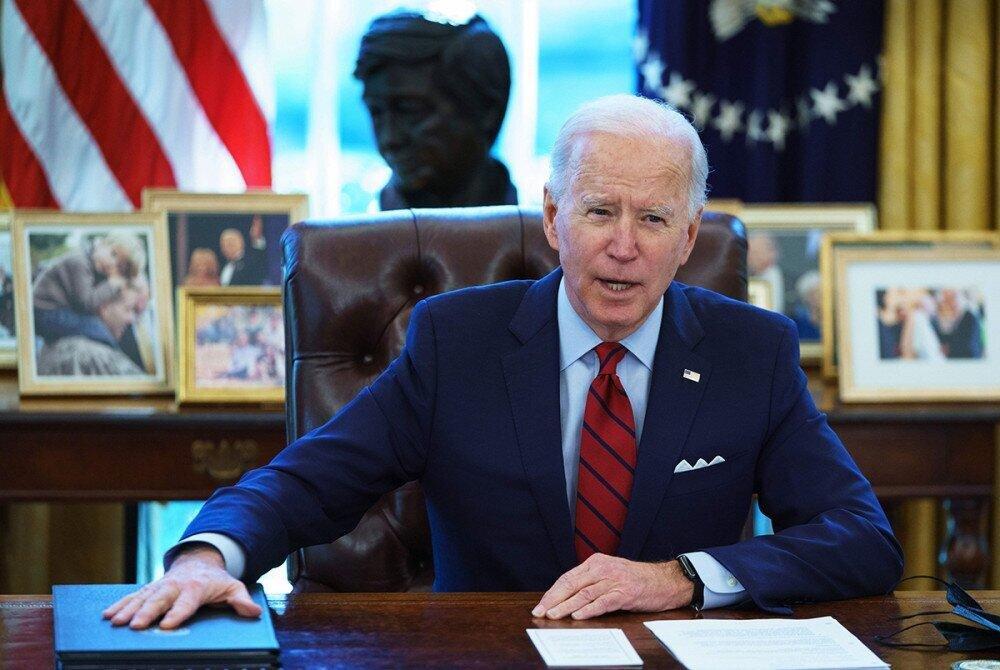 The Senate voted Thursday to deliver more than $40 billion in new military and humanitarian assistance to Ukraine, sending the measure to President Biden after a week-long delay sparked by a lone senator’s objection.

The vote was 86-to-11 with all opposition to the package coming from Republicans.

The new package comes as the pipeline of U.S. aid to Ukraine threatens to run dry within days amid a war that has entered a grueling new phase three months after Russia’s initial invasion. Ukrainian President Volodymyr Zelensky and his western allies are readying for a protracted battle in the east and south of the country lasting months or years to repel Russian President Vladimir Putin’s forces.

The bill provides a combined $20.1 billion in military aid that is expected to provide for the transfer of advanced weapons systems, such as Patriot antiaircraft missiles and long-range artillery. Also included in the bill is more than $8 billion in general economic support for Ukraine, nearly $5 billion in global food aid to address potential food shortages sparked by the collapse of Ukraine’s agricultural economy and more than $1 billion in combined support for refugees.

Support for the bill is strongly bipartisan — senators voted 88 to 11 in a test vote Tuesday to advance the bill — but party leaders were forced to maneuver through a week’s worth of procedural obstacles due to Sen. Rand Paul (R-Ky.), who raised objections to the bill on fiscal and geopolitical grounds.

His delaying tactics vexed leaders of both parties, who had sought to fast-track the bill to passage last week using a process that requires the consent of all 100 senators.

“This should have already been over and done with, but it is repugnant that one member of the other side … chose to make a show and obstruct Ukraine funding knowing full well he couldn’t actually stop its passage,” Majority Leader Charles E. Schumer (D-N.Y.) said Wednesday. “For Senator Paul to delay Ukraine funding for purely political motives is to only strengthen Putin’s hand.”

Paul on Tuesday defended his objection, calling U.S. support for Ukraine “a noble cause, no doubt — a cause for which I have great sympathy and support — but a cause for which the Constitution does not sanction or approve of.”

“Yes, our national security is threatened — not by Russia’s war on Ukraine, but by Congress’s war on the American taxpayer,” he said. “The vast majority of Americans sympathize with Ukraine and want them to repel the Russian invaders. But if Congress were honest, they would take the money from elsewhere in the budget or ask Americans to pay higher taxes or, heaven forbid, loan the money to Ukraine instead of giving it to Ukraine. But Congress will do what Congress does best: spend other people’s money.”

Paul offered to lift his hold if Senate leaders would agree to an amendment that would give an existing federal watchdog, the Pentagon’s Special Inspector General for Afghanistan Reconstruction, oversight of the new aid. But Democrats opposed that request, arguing that any changes to the bill would delay it further by requiring the House to pass it again. Some also opposed retasking the existing Afghanistan inspector general with Ukraine.

Paul’s views generated pushback from inside his own party — including from fellow Kentucky Republican Senate Minority Leader Mitch McConnell, who argued Tuesday that “America’s decision to support Ukraine is not some frivolous act of charity.”

McConnell and three other Republicans had made an unannounced visit to Kyiv this past weekend where they met with Zelensky. In remarks clearly directed at the opponents in his own party, McConnell said Thursday, “Anyone concerned about the cost of supporting a Ukrainian victory should consider the much larger costs should Ukraine lose.”

Ten other Republicans besides Paul opposed the aid package in procedural votes this week, most citing fiscal concerns, but none opposed fast-tracking the bill to a final vote.

The package totals $7 billion more than the $33 billion Biden initially requested. It moved forward in the House last week after Biden signaled earlier this month that he wanted the Ukraine aid moved separately on Capitol Hill from another emergency spending request — for at least $10 billion in covid relief — that had become mired in partisan politics.

“This aid has been critical to Ukraine’s success on the battlefield,” Biden said in a May 9 statement. “We cannot allow our shipments of assistance to stop while we await further Congressional action.”

The House voted last week to advance the aid package on a 368-to-57 vote, with all House Democrats and 149 Republicans voting in favor. Fifty-seven House Republicans opposed the bill.

Thursday’s vote came on the heels of the Senate’s confirmation Wednesday of career diplomat Bridget A. Brink to serve as U.S. ambassador to Ukraine — making Brink the first full fledged-ambassador in Kyiv since May 2019, when then-president Donald Trump recalled Ambassador Marie Yovanovitch.

Previously ambassador to Slovakia, Brink was confirmed by voice vote less than a month after Biden first nominated her to the Ukraine post and less than two weeks after Brink had her confirmation hearing before the Senate Foreign Relations Committee — a rapid pace prompted by the Russian invasion and the growing U.S. aid commitment.

Brink told the committee on May 10 that her top priority was coordinating the flow of military and humanitarian aid into Ukraine amid the ongoing Russian invasion.

Schumer said Wednesday Brink would be an “outstanding” envoy and would help Ukraine defeat the invasion launched by Russian President Vladimir Putin.

“To have no ambassador really hinders our relationship in ways that nobody would want to see,” he said, adding that Brink would serve as a “crucial link as the United States continues to help the Ukrainian people resist the brutal and vicious attacks by Russia.”

While key lawmakers said it was too early to predict what further resources Congress might need to commit to the Ukraine conflict, they acknowledged more would almost certainly be needed.

But the next key Ukraine-related matter to reach Capitol Hill this year may not be funding, but the accession of Finland and Sweden to NATO — a move sparked by Russia’s invasion, which prompted a reassessment among Finns and Swedes who have long been wary of joining the transatlantic alliance out of a fear of provoking Russia, with whom the two nations share a border.

Senators of both parties predicted this week that the Senate would move swiftly to ratify the Scandinavian nations’ applications, making them the first new members of NATO since Montenegro was admitted in 2017. But it remained unclear whether the vote would be unanimous.

Paul, who voted alongside Sen. Mike Lee (R-Utah) against Montenegro’s admission in 2017, said this week he was still examining the question. And Sen. Josh Hawley (R-Mo.), who had raised geopolitical objections to NATO expansion before the Ukraine invasion, said Wednesday he was “not an automatic yes” on Finland and Sweden’s admission.