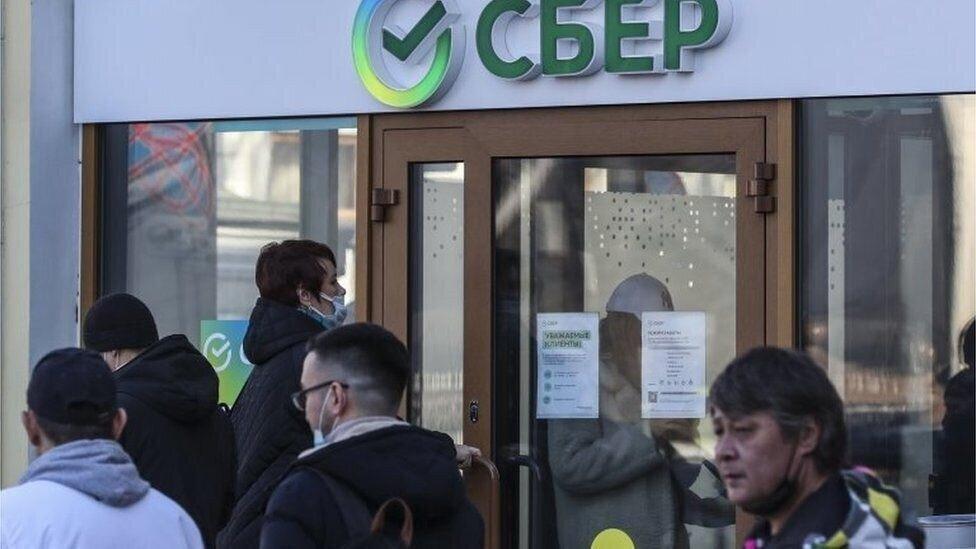 Share prices across Europe fell further on Tuesday as France's finance minister warned of an economic and financial war against Russia.

Stock markets in Paris and Germany fell 2.5%, while London's FTSE 100 index of leading companies was down 1%.

The West has imposed punishing sanctions against Moscow, with another raft of companies winding down Russian operations and halting investment.

Oil prices rose slightly to hover around $100 a barrel.

Having been up in early trading, the FTSE 100 turned negative amid warnings of the consequences of Western sanctions on Moscow and signs that Russia was stepping up its invasion of Ukraine.

"We will bring about the collapse of the Russian economy," he told a French broadcaster. "The economic and financial balance of power is totally in favour of the European Union which is in the process of discovering its own economic power.

"We are waging total economic and financial war on Russia," he said. According to an AFP news agency report of his interview, Mr Le Maire acknowledged that ordinary Russians would also suffer from the impact of the sanctions, "but we don't know how we can handle this differently".

Russia's currency was stable, having collapsed 30% on Monday to record lows against major currencies.

The rouble's fall cuts its buying power and hits savings of ordinary Russians. The decline was only halted when Russia's central bank doubled interest rates to make the currency more attractive to investors.

The sanctions stranglehold on Moscow's finances has hit the central bank's access to a lot of Russia's huge reserves of money held in the form of foreign currencies.

Sophie Lund-Yates, equity analyst at Hargreaves Lansdown, said: "This is a fast-moving situation and investors should be mindful of potential share price volatility in the short to medium term."

Oil prices, which have jumped on fears of a cut in Russian supplies, rose slightly on Tuesday despite US President Joe Biden saying he was considering tapping the vast US reserves to help mitigate potential lost output.