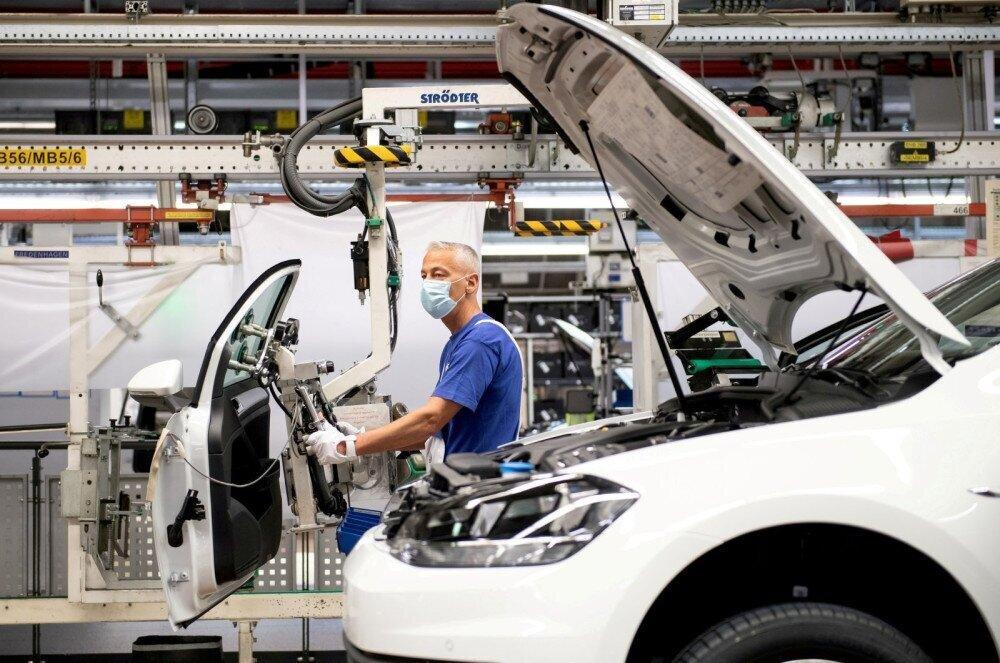 Back
German carmaker Volkswagen could lose 30,000 jobs if it transitions too slowly to electric vehicles (EVs), CEO Herbert Diess told a supervisory board meeting in September, according to two sources with knowledge of the matter Wednesday.
Competition from new entrants to Germany’s market, like Tesla, has pushed the company to speed up its transformation, Diess is said to have told attendees.
The U.S. EV maker plans to produce 500,000 cars a year in Germany with 12,000 employees, while Volkswagen's 25,000 produce just 700,000 cars at its Wolfsburg plant.
A company spokesperson confirmed Diess’ position that Tesla and others’ presence in Germany heightened the urgency of transitioning to EVs, but denied that specific calculations had been made on how many jobs could be lost in the process.
“There is no question that we have to address the competitiveness of our plant in Wolfsburg in view of new market entrants,” Volkswagen spokesperson Michael Manske said, pointing to Tesla and new Chinese automakers making inroads into Europe.

“Tesla is setting new standards for productivity and scale in Grunheide,” he said, referring to a Tesla factory under construction near Berlin which at peak capacity will produce 5,000 to 10,000 cars a week – more than twice the German battery-electric vehicle production in 2020.
“A debate is now underway and there are already many good ideas. There are no concrete scenarios,” Manske said.

The statement by Diess was first reported by Handelsblatt.
A spokesperson for Volkswagen’s workers’ council said that while they would not comment on whether Diess made the remarks, “a reduction of 30,000 jobs is absurd and baseless.”
Another union spokesperson from the region of Lower-Saxony, which is Volkswagen’s second-largest shareholder, said such cuts were “out of the question.”
EVs have far fewer parts than an internal combustion engine car and so require fewer workers to produce. According to one estimate, 100,000 jobs in the German autos industry could be lost by 2025 as a result of electrification.
Volkswagen’s Wolfsburg plant, the world’s largest with over 50,000 employees, does not currently make EVs, but the company plans to produce an electric sedan there from 2026 under a plan named “Project Trinity.”

Diess has previously said Tesla would fuel competition in Germany.
The German autos giant is also considering listing its car charging and energy business in addition to existing IPO plans for its battery division, Chief Technology Officer Thomas Schmall told Manager Magazin in an interview published on Wednesday.
Schmall said nothing had been decided yet and it would probably take up to two years before the new companies were established and ready for the stock market.
Volkswagen Turkey Electric Vehicles

Remittances flow to Azerbaijan 7% down