Stolen Mao Zedong scroll 'worth millions' found cut in half 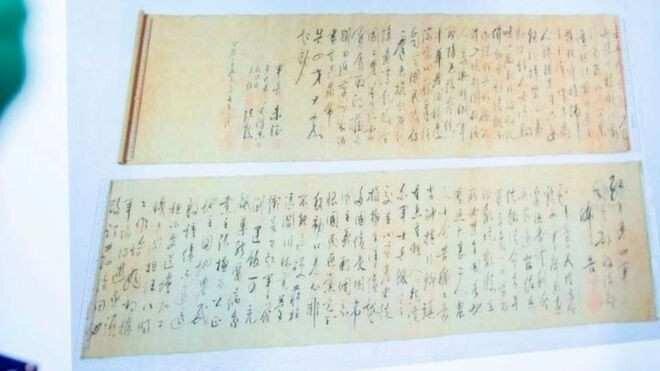 A stolen calligraphy scroll said to be worth millions has been found in Hong Kong, after it was cut in half – BBC reports.

According to BBC, the scroll contains stanzas of poetry handwritten by the founder of the People's Republic of China. Its owner has claimed it is estimated to be worth around $300m (£230m), though it is not known how the valuation was obtained.

In 2019, a calligraphic autograph letter written by Mao Zedong was auctioned off by Sotheby's for £519,000.