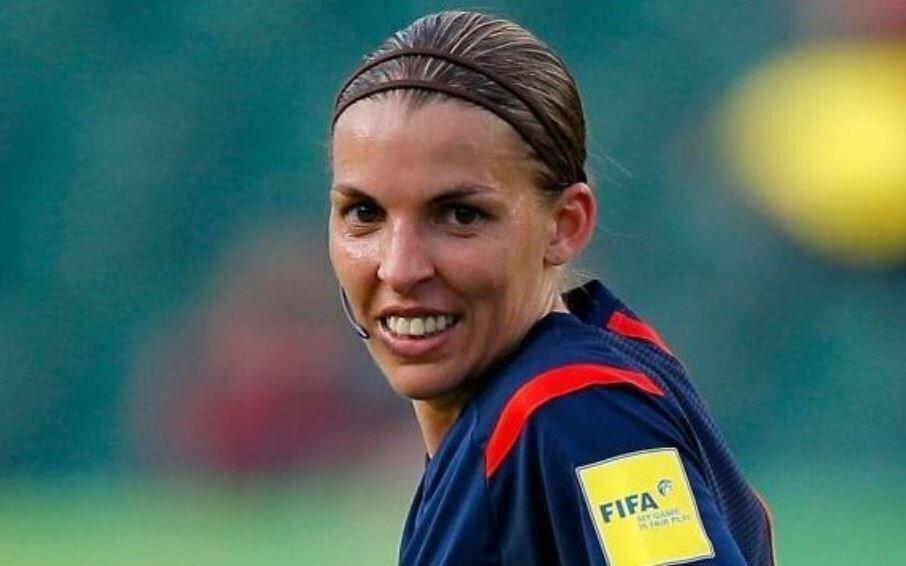 When a referee generates column inches, it is normally some indictment of their performance; the result of an uproar after a controversial decision.

But Stéphanie Frappart’s traditional anonymity has been broken for a different reason – she will make history on Thursday as the first woman to referee a men’s World Cup match.

Alongside assistants Neuza Back from Brazil and Karen Diaz from Mexico, the Frenchwoman will form part of an all-female refereeing trio officiating Costa Rica vs. Germany in their Group E match.

Six female match officials have been officiating at this World Cup – referees Frappart, Rwanda’s Salima Mukansanga and Japan’s Yoshimi Yamashita as well as assistant referees Back, Diaz and Kathryn Nesbitt of the US.

FIFA announced their appointment back in May, when Frappart found out that she was going to the 2022 Qatar World Cup.

“It’s a surprise, you cannot believe it and after two or three minutes, you realize that you are going to the World Cup. It’s amazing, not only for me, but also for my family and also for the French referees,” she tells CNN Sport.

Throughout her career, Frappart has achieved a seemingly endless series of firsts.

“I knew that my life changed after 2019 because most people recognized me in the street,” Frappart recalls.

“So I am like a role model, for women referees but I think it [also] inspired some women in society or in companies to take more and more responsibility.”

But there is an obvious tension between these historic moments for gender equality in football and the place in which they are happening as women’s rights are severely restricted in Qatar.

According to Amnesty International, women remain tied to a male guardian in Qatar– usually their father, brother, grandfather, uncle or husband – and require their permission for important decisions such as marrying, accessing reproductive healthcare and working in many government jobs.

CNN has reached out to the Supreme Committee for Delivery & Legacy (SC) for comment but at the time of publication had not received a response.

“I was many times in Qatar … for the preparation of the World Cup, I was always welcomed in a good way. I don’t know how life is there but I didn’t make the decision to go there or to organize the World Cup,” Frappart says.

“So now, 10 years after, it’s difficult to say something, but I hope that … this World Cup will improve life for women there.”

‘When you’re a woman, you need to prove you have the quality’

At the World Cup, on football’s biggest stage, the pressure of refereeing a game is at its most intense.

A referee might make 245 decisions in a single game, Sky Sports estimates, and if just one is wrong, it will be analyzed in microscopic detail.

It could alter the course of a game, or even a team’s World Cup – denying it a title or ensuring it progresses no further in the tournament.

“When you make a mistake, it’s more important than if a player makes a mistake – there are more consequences for the teams,” Frappart says. “It’s also easy to say that it’s the fault of the referee and not the fault of our team so when you lose.”

As referees work their way up to the highest echelons of the game, this pressure changes.

“It’s more from the media and [about] the money because you know that every decision is important and will make a difference for the team,” Frappart says. “But when you start in the local clubs, it’s more difficult with the spectators and with the environment.”

“There were many questions involved if she’s there because she’s a woman, perhaps she will not follow the game and everything,” Frappart recalls when she made her debut in Ligue 1.

“It’s not only in football, but I think in every job when you’re a woman … you need to prove that you have the quality and after that they let you continue.”

But as Frappart refereed more matches, the stance towards her changed.

“Now, it’s not a question of gender. It’s now only a question about steel, [about] competencies. So now it’s ok, after one or two games, they left me alone and without any more media around.”

When Frappart first began playing football at ten years old in 1993, women’s football barely registered as a significant landmark on the sporting landscape.

The inaugural edition of the women’s World Cup had been held just two years previously, with great success in China, but there was neither a women’s Champions League in Europe nor a National Women’s Soccer League (NWSL) in the USA and professional female referees were non-existent.

It was only in 2017 when Bibiana Steinhaus took charge of a Bundesliga match that a woman officiated a top-level men’s league match.

Frappart’s appointment as a referee at a men’s World Cup is another step forward in a “very sexist sport,” Costa Rica manager Luis Fernando said, according to Reuters.

“It’s very difficult to reach the point that she has reached, I think it’s good for football and a positive step for football, to show that it’s opening up for everyone,” he added.

Similarly, in Rwanda, Mukansanga recalls never seeing a female referee to use as a role model for her own aspirations.

“I worked hard and followed the men’s dreams because they were the people surrounding me,” she tells CNN Sport.

“They’re all men. We had one World Cup referee here in Rwanda who went to the World Cup twice so he inspired me a lot and I kept working hard to be like him.”

With women refereeing and the matches at the Qatar World Cup broadcast to huge audiences worldwide, Frappart hopes that it will encourage more women to pick up a whistle.

Already this change is beginning to take place – in the UK alone, there was a 72% increase in qualified women referees between 2016 and 2020, according to the FA.

“So if you have more referees on the TV perhaps it might make it easier for women to say, okay, this is possible. Because if you don’t know if it’s possible for us, you cannot say: ‘Okay, I want to be a referee,’” CNN reports.