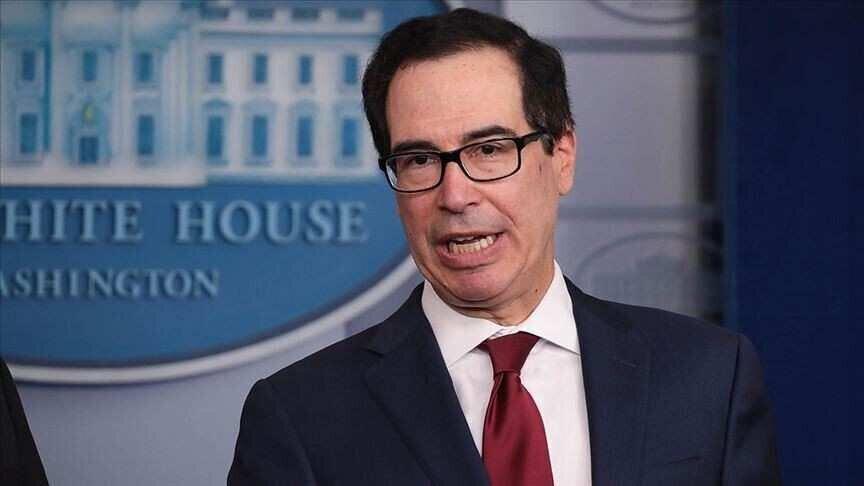 The American economy is expected to recover strongly in the third quarter from the novel coronavirus, US Treasury Secretary Steven Mnuchin said Tuesday.

He noted around a 24% growth in the gross domestic product (GDP) is projected for the July-September period.

"We are fully committed to get many Americans back to work as quickly as possible. August job report showed the economy gained by 10.6 million jobs since April, nearly 50% of jobs lost in the pandemic," Mnuchin said.

"The recovery has been strong because the administration and Congress worked together on a bipartisan basis to deliver the largest economic relief package in American history," he added.

That package is a distant memory for millions of Americans who cannot find work because of the virus and are seeking Congress to pass another relief bill.

But while Democrats demand a comprehensive relief bill worth $3 trillion, which passed the Democrat-controlled House in May, Republicans countered with a $1 trillion bill in July that never came to a vote, and recently lowered the amount to $500 billion.

Mnuchin was asked about the administration's position on Payment Protection Program (PPP) to provide loans to businesses to guarantee workers eight weeks of paychecks.

As part of the $2 trillion aid package included in the Coronavirus Aid Relief & Economic Security (CARES) Act, $349 billion was dedicated to the PPP, which ran out of money in April.

Mnuchin said PPP could be revisited by the administration, but noted assistance is also needed for families with children.