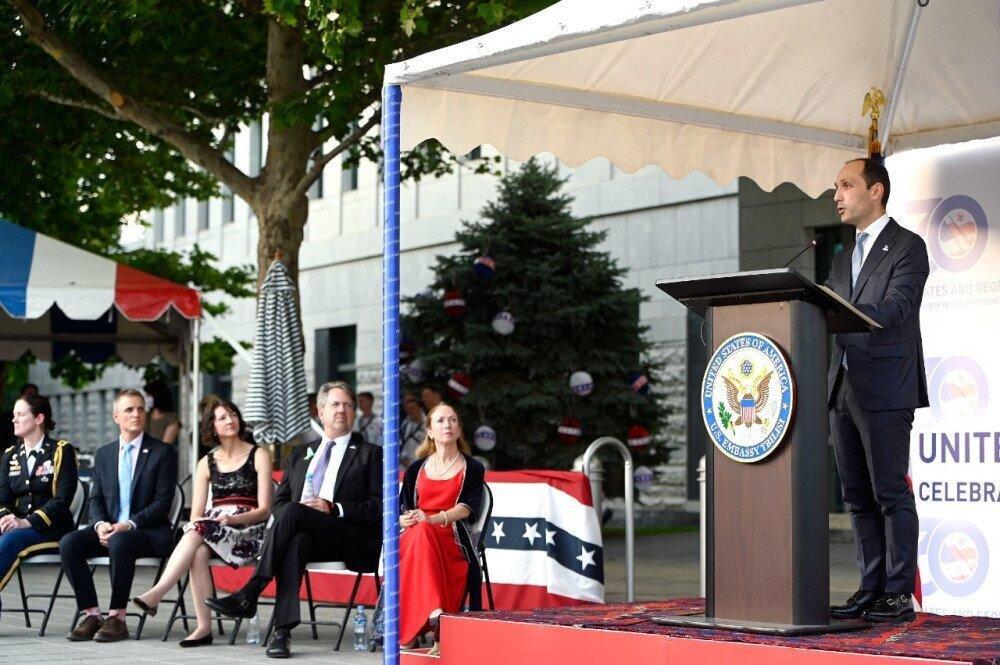 Such close relations between the US and Georgia are the beginning of new opportunities for cooperation, - Georgian Economy Minister Levan Davitashvili, delivered at an event marking the US Independence Day on Thursday.

The Minister reviewed trade and economic cooperation and noted the US was among the top 10 partner countries of Georgia in terms of trade turnover, export and import.

He also talked about direct foreign investments that covered various economic sectors, and said capital inflow from the US since 1997 had exceeded USD1.8 billion.

The ongoing hostilities in Ukraine were also in the spotlight of the official’s speech, with the importance of defending the “principles and values shared by the democratic world” in the face of Russia's unjustified war against Ukraine.

Davitashvili noted Georgia stood in solidarity with Ukraine, its international friends and partners, and noted the “aggression against freedom”, territorial integrity and independence carried out by Russia against Georgia in 2008.

The Minister thanked the US for its “unwavering support” of Georgia's sovereignty and territorial integrity within its internationally recognised borders.