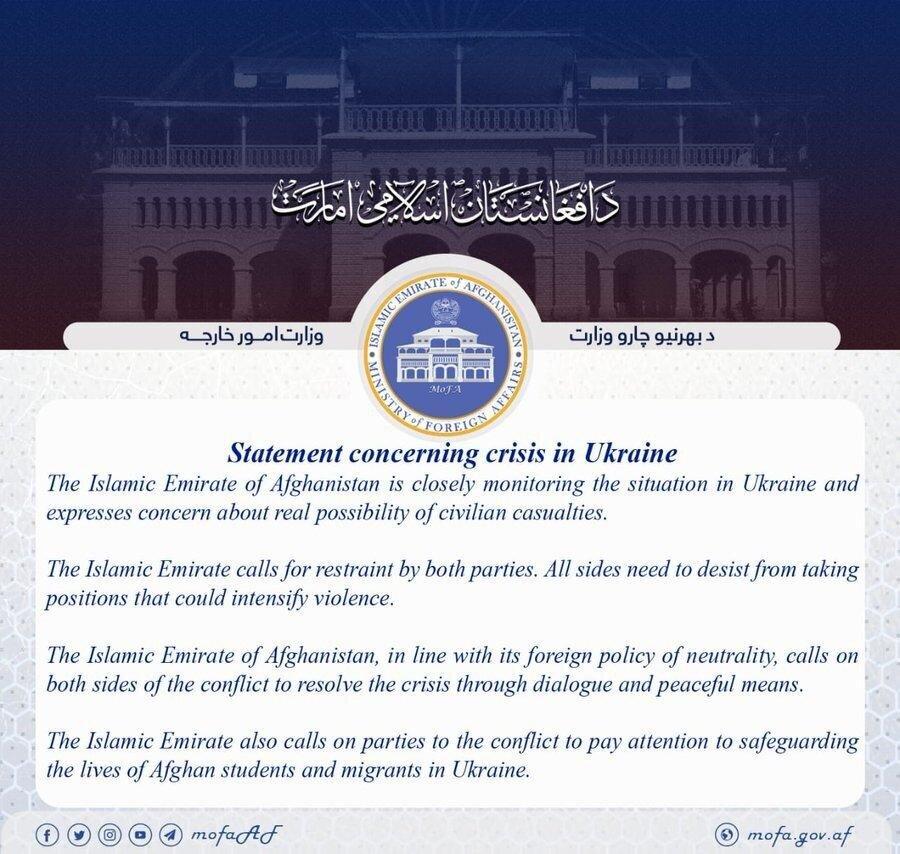 The Taliban, which retook control of Afghanistan in August last year after the U.S. forces' withdrawal, called for restraint in the Ukrainian conflict and expressed concerns about the “real possibility of civilian casualties” in a statement on Friday.

“The Islamic Emirate calls for restraint by both parties. All sides need to desist from taking positions that could intensify violence,” said the Ministry of Foreign Affairs, which called on both sides to resolve the conflict through dialogue.