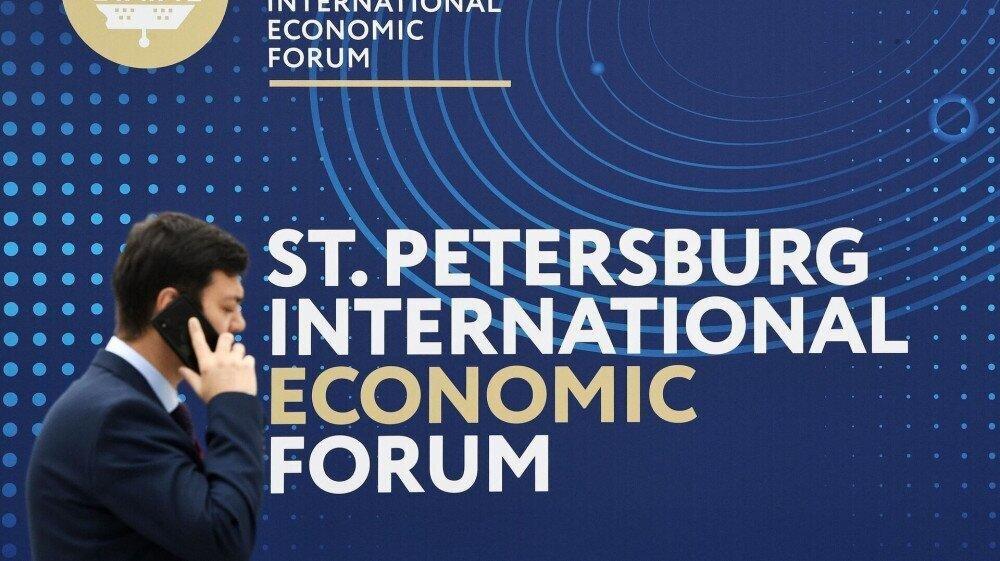 As the war in Ukraine has sent the Russian economy spinning toward recession and deepened Moscow’s international isolation, SPIEF – once dubbed “Russia’s Davos” – looked to be deeply diminished in its 25th anniversary year.

“This is my fifth year working at the forum, and the atmosphere has never been this tense,” a 29-year-old forum employee and St. Petersburg resident told The Moscow Times on Wednesday.

“No one speaks about the war but I can assure you that everyone is thinking about it. It’s like with [“Harry Potter” character] Lord Voldemort: no one says the name but everyone knows and feels its presence.”

Attended in the past by French and German leaders and corporate big wigs like Exxon Mobil’s Rex Tillerson and Goldman Sachs’ Lloyd Blankfein, the Ukraine war means that this year’s guests of honor are less prestigious: eastern Ukrainian rebels, Belarusian leader Alexander Lukashenko, and a delegation from Afghanistan’s Taliban leadership.

Ushakov added there would be no delegations from “unfriendly” countries, a Russian government designation that includes 48 mostly Western nations.

U.S. State Department spokesman Ned Price said last week that the U.S. “will not attend the SPIEF in any capacity” and urged other world leaders and businesses to join a boycott. The move was also publicly supported by Finland.

But despite the U.S. ban, the president of the American Chamber of Commerce in Russia, Robert Agee, was listed Wednesday among confirmed speakers.

Representatives of the Chamber did not respond to The Moscow Times’ inquiry about whether they were still attending.

Despite the absence of Western investors, some Russian companies still strove to put on an expensive show.

The Bashkir Soda Company, a recently re-nationalized chemical producer, invited participants to interact with an animated version of its iconic mascot – a white, yellow and red baking soda box. The installation cost the company at least $7 million, the BBC reported.

And robotics company Promobot displayed its cashier robot “Dunyasha” that showered forum participants with compliments in addition to offering coffee, tea and ice cream for sale.

The forum was officially opened Wednesday by St. Petersburg Governor Alexander Beglov and the head of the breakaway Donetsk People’s Republic in eastern Ukraine, Denis Pushilin, when they fired two cannons from St. Petersburg’s Peter and Paul Fortress.

Most participants appeared to be from countries that have not imposed sanctions on Russia over its attack on Ukraine, particularly nations in the Middle East, Asia and the former Soviet Union.

"Foreign investors are not only from the United States and European Union," Kremlin spokesman Dmitry Peskov told journalists Tuesday.

Even so, some attendees were reportedly wary that their presence could make them targets of future Western sanctions, according to Russian media outlet RBC. As a result, attendees were allowed to hide their professional affiliation from official badges and remove all public information about their participation in the forum, RBC reported.

Russia launched SPIEF in 1997 in hope of showing the world that it was open for business after the collapse of the Soviet Union and ensuing economic turbulence of the 1990s.

While the exact attendance figures for this year’s event have not been released, they are expected to be significantly down from the pre-pandemic peak of 19,000 people in 2019.

One of the Westerners attending the forum was Chris Devonshire-Ellis, a British citizen and SPIEF regular, whose consulting practice focuses on eastern markets.

“It may prove to be one of the most defined and focused SPIEF events yet held,” Devonshire-Ellis told The Moscow Times.

“We need to be here to gauge which way the winds of change are blowing and to adapt our business and services,” he said. “2022 is a game-changing year and more than ever businesses need to be on top of what is happening. SPIEF provides that.”

Famously, SPIEF used to be accompanied by lavish parties held by forum sponsors, and major companies. This year, however, the parties are expected to be more modest.

Nearly 1,000 foreign companies have curtailed operations in Russia since the start of the invasion of Ukraine, according to data published by the Yale School of Management.

Other guests include Russian prankster pair Vladimir Kuznetsov (Vovan) and Alexei Stolyarov (Lexus); Jamal Nasir Garwalas, a Taliban representative in Moscow; and some lower-level officials from the UAE and India.

Putin himself is set to make an appearance at the forum Friday to give a speech that, according to Peskov, will address questions of “extreme importance.”

The Russian president is expected to forgo his traditional meeting with foreign investors, and instead devote the time to a roundtable on the ongoing war in Ukraine.