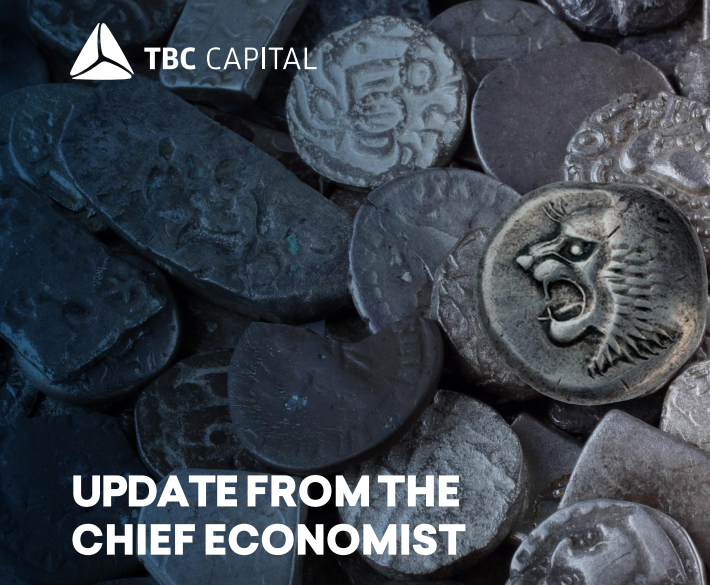 TBC Capital published an update from The Chief Economist. According to the document, from the last week data release the further decline in PPI inflation is noticeable as together with the recent declining trend in commodity prices and the growth normalization outlook, this implies that the CPI inflation should be back to even below 3% target a year ahead or sooner. In fact, we expect the November CPI inflation print, released this week, to be deflationary.

On the growth side, weak exports, also in real terms, should put downside pressures on the October GDP estimate, available during this week as well. Though, the domestic demand appears to be still strong and the exports should recover at least somewhat in the coming months as it looks the drop was primarily due to the oneoff and the high base effect in number of key commodities, primarily Ferro-alloys.

On the on-shore dollar rates side, the same or even somewhat declining deposit yields in October is something now probably no one anymore perceives as a surprise. The most likely sizable easing of the monetary policy in Georgia in 2023 and the off-shore short term dollar rates likely peaking soon, should support to the recovery in real credit growth, which was weak also in October.