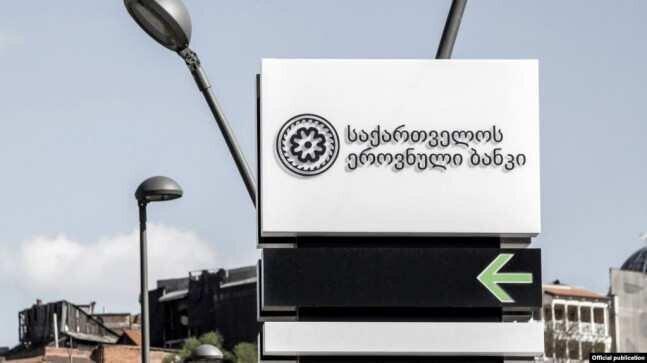 On its 4th of September meeting, the Monetary Policy Committee (MPC) of the National Bank of Georgia decided to raise the policy rate by 0.5 PP to 7.0%, a sharpest rate increase since the end of 2015. TBC Research has issued an an analysis on Georgia's monetary policy, the document reads as follows:

The NBG to tighten further unless the GEL strengthens

As stated by the NBG, along with the one-off factors related to the excise tax increase on tobacco, upward pressure of nominal effective exchange rate depreciation on inflation has been increasing recently, also influencing inflation expectations. In addition, the NBG stressed its decision to further tighten policy until the exchange rate pressures subside – a demonstration of quite strong position on currently undervalued exchange rate. in particular, during the press conference, the governor pointed out the possibility of additional FX interventions if deemed effective and necessary, as well as possibility of carrying out the extraordinary MPC meeting ahead of scheduled one on October 23, to address the GEL undervaluation.

At the same time, an estimated core inflation remains below 3%, indicating that the demand pressures on inflation are weak, according to the NBG. Also, despite the slowdown in tourism, the central bank expects CA deficit to improve further. As for the GDP growth, the initial indicators are assessed as pointing to a stronger growth.

Inflation to reach around 7% unless the GEL strengthens

Real effective exchange rate has been substantially undervalued and with significant pass-through on inflation (in the short term around 30-40% of effective exchange rate depreciation is passed on the inflation) it has been the major driver of the price increase. Currently estimated daily GEL REER is around 10% below its medium term average, implying undervaluation comparable to that in 2015, when the economy faced much larger external shock.

Per TBC Research estimates, unless the GEL REER appreciates substantially from its current level, the yearend inflation is expected at around 7%.

The USD has strengthened internationally, explaining only a fraction of the GEL weakness

Global factors have also been affecting the GEL as the USD has strengthened a bit further being at its historic highs. Despite lower yields on US treasuries, especially on those with longer term maturities, USD have been appreciating against major currencies likely reflecting the safe haven premium, as the risks related to the escalating US-China trade war have been denting the optimism on growth in the Euro Area and in some major emerging markets.

Given currently stronger USD, we update our earlier projection of the USD/GEL at 2.8 or even stronger GEL to around 2.85 in the coming months assuming approximately the same level of major trading partners’ currencies against the USD and the commodity prices. Probably the GEL at this or even stronger level lies within the range of tolerance for the central bank, based on the GEL nominal effective exchange rate impact* on prices. Even if believed in the benefits of the temporary high inflation under the external shock in the Georgian context, the external balance has not worsened that much. This should be true based on the available information even though the BoP data, including FDIs, has not been yet released. In case the external shock is stronger than believed, still the NBG has demonstrated the commitment to the price stability as its primary goal and is highly unlikely to tolerate a sizeable and persistent deviation of the inflation from its 3% target.


The GEL also supported by the higher interest rate differential

Historically lower UST yields have been supportive of the portfolio inflows to the emerging markets, also evident in case of Georgian government securities. Share of nonresident holdings in Georgian treasuries have been increasing along with the lower 10Y UST yields since the mid-2018. Currently, as interest rate differential between the GEL and USD securities has increased (on the most recent auction, yields on domestic 1Y T-bills increased by 50 BP) along with continued fall in UST yields, portfolio inflows could increase further, supporting the GEL in the short term. Overall, judging from the historical perspective, the USD yield appears to be the most important.

Currently, GEL lending have been driving the credit growth, in business, including corporate bonds as well as retail segments. Tighter bank margins are also an
argument for more expensive GEL credit. Tighter monetary stance, especially in case of further rate hikes and employing additional tools, will have adverse impact on the GEL lending and the domestic demand.

On the contrary, if the GEL strengthens against the USD, it will likely counteract the negative impact on the growth through consumer as well as business sentiment channels. This is related to the balance sheet effects as well as general perception of the USD/GEL being an indicator of the health of the economy.

Overall the impact on growth of tighter monetary stance shouldn’t be strong and there won’t be need for further depreciation even if the growth is not affected at all, in our view. This view is supported by the following:

• The GEL is assessed already as more undervalued than explained by the fundamentals and is likely overshooting due to adverse expectations. The expectations may somewhat reverse due to more hawkish NBG stance creating the expectation of a stronger GEL.

• While GDP annual growth estimates are strong, there might be some weakness on a monthly/quarterly basis. Also, some leading indicators like business confidence may point to a weaker growth. This could be an indication, that exchange rate overshooting coupled with the other adverse developments have already impacted the domestic demand more than the external shock would require.

• Tighter GEL conditions and the GEL appreciation should contribute to weaker GEL and stronger FX lending and other sources of external financing, supporting the GEL and the growth at the same time without excessive risk taking.