TBC Research about COVID-19 Impact on the Business Environment 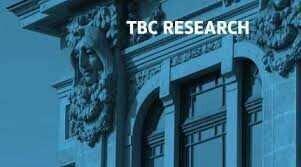 The measures taken by China resulted in a sharp decline of economic activity in the country; However, as of today more than 80% of industrial activity has been recovered. The epicenter of the virus outbreak (Hubei Province), where a lockdown was announced on the 23rd of January, is on its track to recovery. The normalization of the situation is expected by early 2nd quarter.

Currently the virus spread is accelerating in the European Union, with Italy being the epicenter of the outbreak. On 23rd of February the quarantine was announced in the Northern Italy, which was extended to the rest of the country as of the 10th of March.

The World Health organization has announced a pandemic on the 11th March. The same day US enforced a temporary flight ban from the Schengen Zone.

On the 15th March France closed down the restaurants, cafes, and other public spaces.

The stricter healthcare norms are gradually set in other countries. Taking the case of China into consideration, the normalization of economic activity in other countries can be expected in 2-3 months after undertaking the effective measures for limiting the spread of the virus.

All major equity market indices are down sharply amidst the uncertainties related to COVID-19 spread. Compared to the beginning of the year, MSCI China declined by 10%, S&P500 by 16%, MSCI World by 20%, and FTSE 250 by 29% with two Georgian banks being the members of the latter. Under increased risk condition, investors are looking for relatively safe assets. As of March 12, the S&P 500, MSCI World and FTSE250 indices were below the December 2018 level.

The US Dollar interest rates are declining. On 15th March, the US Federal Reserve cut its policy rate to 0-0.25% and scaled up its quantitative easing tools to stimulate the economy amid the risks associated with COVID-19. On the backdrop of falling equity indices, safer investment is becoming more attractive, increasing demand on US Treasury securities.

Except for oil, prices in the commodity markets are relatively stable. The recent drop in oil price echoes the price war between Russia and Saudi Arabia. The oil price had been decreasing even before, amid declining global demand due to COVID-19. The relatively stable prices in commodity markets indicate that demand and expectations regarding the global economic growth has not declined to an extent that the oil price would indicate.