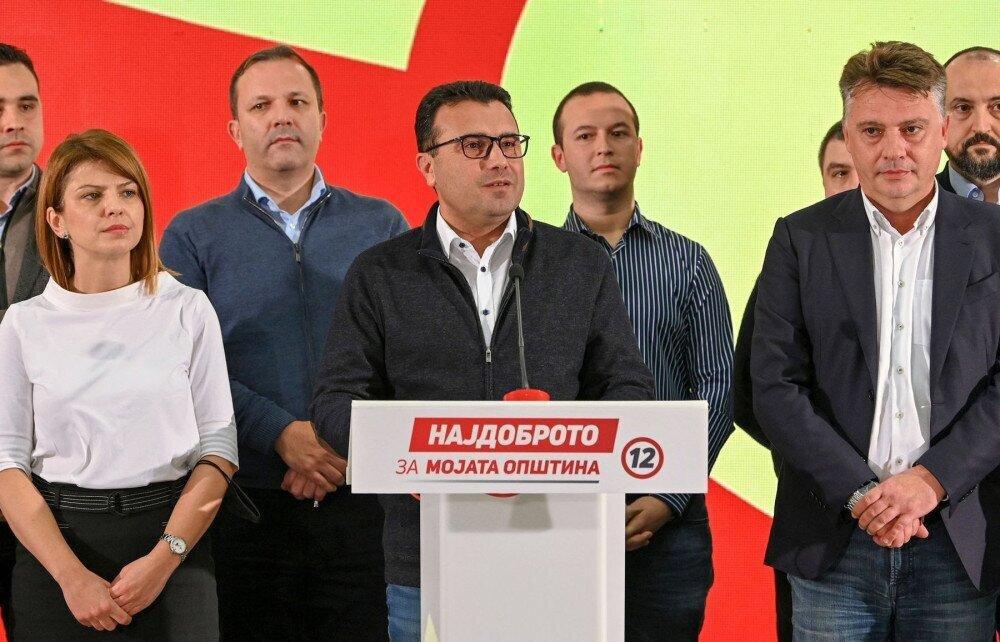 Back
North Macedonia’s Prime Minister Zoran Zaev said he’ll submit his resignation after his party lost local elections in most cities, including the capital of Balkan country, amid a failure to progress on talks to join the European Union.
Zaev said his cabinet will remain in office until a new government is formed or parliament dissolves it and resisted calls from the opposition nationalist party VMRO-DPMNE, which won the local vote in most municipalities, to hold a new general election.
“We, the progressives, who believe and enjoy historical successes, unfortunately faced a political punishment,” Zaev told reporters in Skopje, the capital, late Sunday. “I’ll remain for as long as needed to help reorganize a new government with a progressive majority, which exists and can even be enlarged.”
His resignation has to be approved by parliament, where his Social Democratic Union party, together with several factions representing ethnic Albanians, holds a razor-thin majority.
Zaev was elected for a second term last year after his first government reached a historic agreement with Greece to change his country’s name and joined the North Atlantic Treaty Organization. However, his attempts to start talks to join the European Union were blocked by neighboring Bulgaria amid disputes over history and language.
The loss marks the revival of the nationalist VMRO-DPMNE, which ran the country for a decade until 2016 and was ousted after nationwide protests following a wiretap scandal. During the rule of its former leader, ex-Prime Minister Nikola Gruevski, the EU described North Macedonia as a “captured state.”
Hristijan Mickoski, VMRO-DPMNE’s current chairman, challenged the legitimacy of Zaev’s government after the Social Democratic Union’s losses.
“The power is de-legitimized as of tonight and this is the new reality, which I expect with time will be manifested in parliament,” Mickoski said Sunday night. “But it’ll be best if this happens through a snap vote.”
Arben Taravari, one of the leaders of the main opposition party representing ethnic Albanians, said he hopes to start talks with VMRO-DPMNE for a new government as early as Monday. The two parties hold 56 seats in the 120-member assembly.
Elections Global Politics Prime Minister North Macedonia