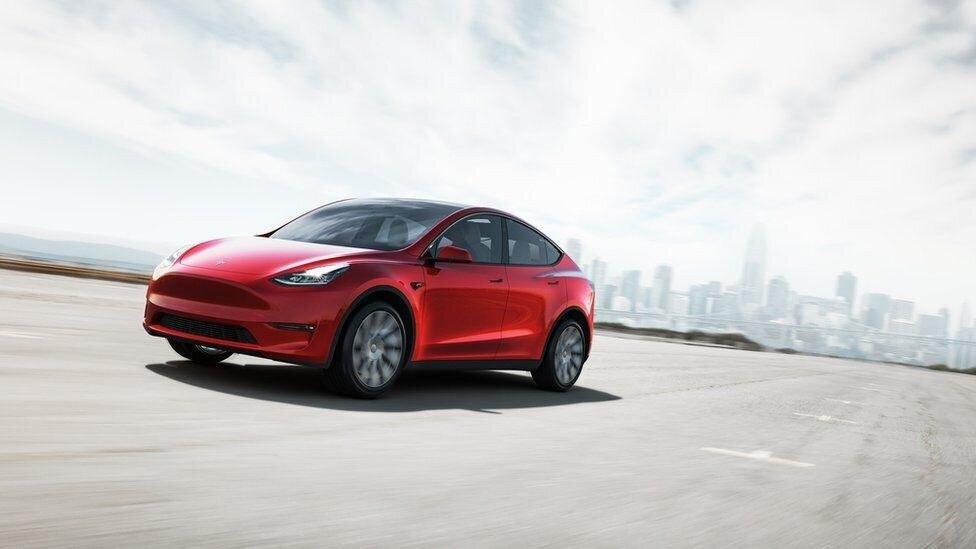 Back
Tesla has reported surging profits, despite shortages of semiconductor chips and congestion at ports hampering production.
Sales rose to $12bn (£8.6bn) in the three months to the end of June, up from $6bn a year ago, when its US factory was shut down.

The electric carmaker said it delivered a record 200,000 cars to customers in the same period.
It added that public support for greener cars was greater than ever.
The company, led by billionaire entrepreneur Elon Musk, reported on Monday that profits soared off the back of strong sales.
Profits for the second three months of the year were $1.1bn, up from $104m last year, bolstered by sales of its cheaper Model 3 sedan and Model Y.
In an update to investors on Monday, Tesla said: "Public sentiment and support for electric vehicles seems to be at a never-before-seen inflection point.
"We continue to work hard to drive down costs and increase our rate of production to make electric vehicles accessible to as many people as possible."
Tesla added that how quickly it could produce cars throughout the rest of the year would depend on the supply of key parts of its vehicles, with demand at "record levels".
Tesla Elon Musk car sales Auto Industry