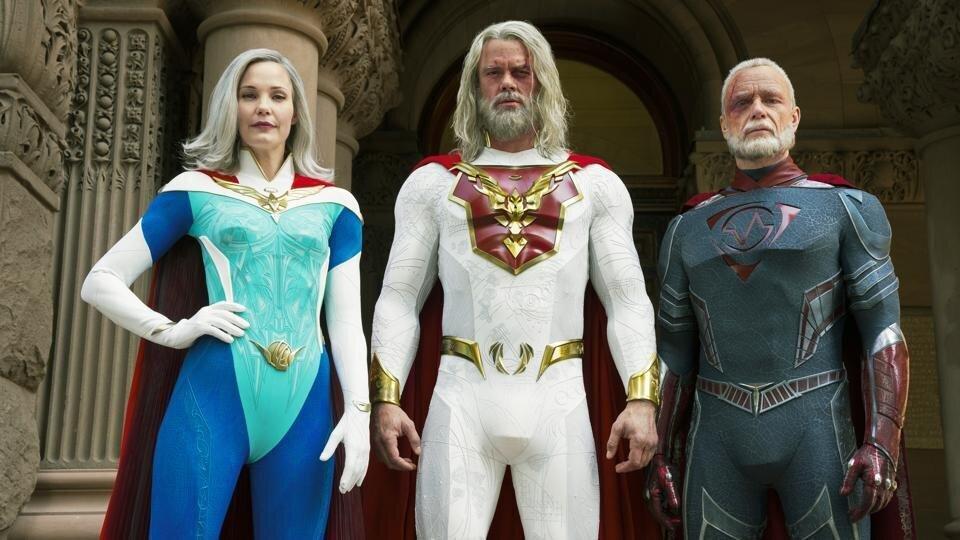 Back
Last week was a rare occasion where there was very little movement on the 2021 Netflix popularity charts—in fact, there were no new movies to be found in the Top 25 at all. Despite stellar openings from shows like Jupiter’s Legacy, The Upshaws and The Sons of Sam: A Descent Into Darkness, no series was powerful enough to crack the exclusive list.
So, this week I decided to expand the rankings to 30 slots. This list is determined by Netflix’s Top 10 feature, which ranks the ten most popular shows on the streaming service. Each day, I track where a program ranks and assign points accordingly. I then keep track of each show’s score over the course of the year.
And thanks to the expansion of the rankings, we have a few new additions to the list this week. As of May 22, these have been the 30 most popular shows on Netflix in 2021 (newcomers are bolded):
Whether I decided to expand the rankings or not, Jupiter’s Legacy was destined to become part of this list. After a six-day opening in the #1 position on the Top 10 charts, the superhero series nestled into the second-place slot for six additional days. Based on its momentum, I would expect the show to continue to rise up the rankings through the end of the month.
There are then three other newcomers—all of which benefitted from the expanded rankings. The first show, Selena: The Series, is no stranger to the Netflix popularity rankings. In December 2020, the biopic series spent 17 days on the daily charts—which included seven consecutive days in the first-place position.
The show’s second season, however, doesn’t seem poised for the same kind of success. While Selena’s 86 points are good enough for 28th place on the yearly charts, the show has already fallen off the daily list. And that score of 86 points is well short of the first season’s 113 points.
StartUp, however, appears as though it will continue to rise up the ranks. The show has now spent its first 15 days on the daily charts, including one day in second place. Unlike Selena, though, StartUp hasn’t yet fallen down in the daily rankings—and I would expect that level of performance to continue.
The third addition to the yearly rankings, The Upshaws, had the best performance of any show in the past week. The comedy has only been on Netflix for ten days, but that was enough to nab 95 points. Six of those ten days were spent in the #1 position on the Top 10 charts.
The only other movement of note belongs to Shadow and Bone, which jumped from the #11 position to the #9 spot. The program has now appeared on the Netflix charts for 29 consecutive days.
Because there were four new additions to the Top 30, that means there were four casualties. That list includes Dad Stop Embarrassing Me! (which currently has 82 points), Murder Among the Mormons (80 points) and Last Chance U: Basketball (76 points).
The other show that fell from the rankings was Miraculous: Tales of Ladybug & Cat Noir. But that animated program has maneuvered on and off the daily charts throughout the year, so I would expect the show to add to its 80-point total in the future and make its way back onto the 2021 list.
These rankings will continue to be updated weekly, so stay tuned next week to see which shows have moved up and down the list.
Netflix TV show