The Amazon is on fire, and not enough people seem to care 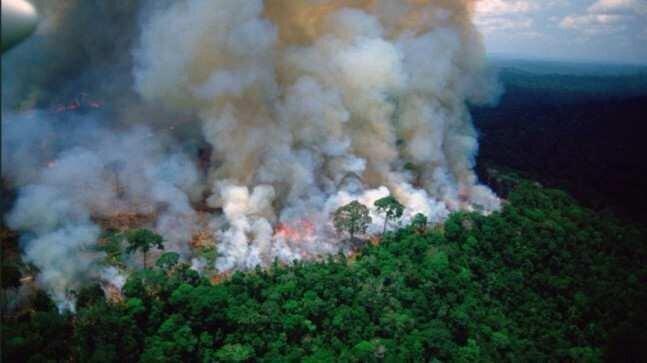 The Amazon has been burning for over two weeks. Wildfires raging in the  Amazon rainforest—the world’s largest—have hit a record number this year. According to Brazil’s space research centre INPE, there have already been over 73,000 fires this year, an 83% increase from the number of fires last year. As the largest rainforest in the world, the Amazon is a vital carbon source that helps slow down the pace of global warming. The increase in wildfires has led to the state of Amazonas declaring an emergency.

Between 11-13 August, several fires were detected over the regions of Rondônia, Amazonas, Pará and Mato Grosso in Brazil. Last week,  INPE declared more than 9,000 new fires, seen mostly in the Amazon Basin. The smoke from the wildfires have so intensified that it can be spotted from space. INPE is using satellite images to track the extent of the wildfires. On 19 and 20 August, smoke from these fires caused a complete blackout at 3pm in the city of Sao Paulo, nearly 1,700 miles away.

According to the Global Fire Emissions Database it can be noted that though current fire levels are slightly below average compared to the last 15 years, they are higher in some states like the Amazonas.

For most of the year, fires in the Amazon are rare events, however in the drier months of July and August, farmers set their plots and pastures on fire to clear the land. Wildfires in the Amazon are not natural events and are usually the result of human activities and droughts that are caused by a combination of climate change and deforestation. The mixture of these fires and droughts ultimately lead to a decrease in the humidity of the forest, making it more susceptible to the spreading of fires.

Amid the concern over the forest fires, there also come complaints over Brazil’s right-wing president, Jair Bolsonaro, who has been famously skeptical about climate change. Since taking office in January, Bolsonaro has been accused of harming the Amazon rainforest and indigenous peoples in order to benefit loggers, miners and farmers who helped get him elected. He also sacked the Director of the INPE who reported that deforestation in the Amazon has increased 68% from last year in June. Bolsonaro claims the information is incorrect and is a tactic to undermine the government.

Kakha Kaladze: Country has a strong Prime Minister, no government changes is considered

Kakha Kaladze: Country has a strong Prime Minister, no government changes is considered

What Giorgi Gakharia and NDI President have Discussed

Miners went on strike in Tkibuli