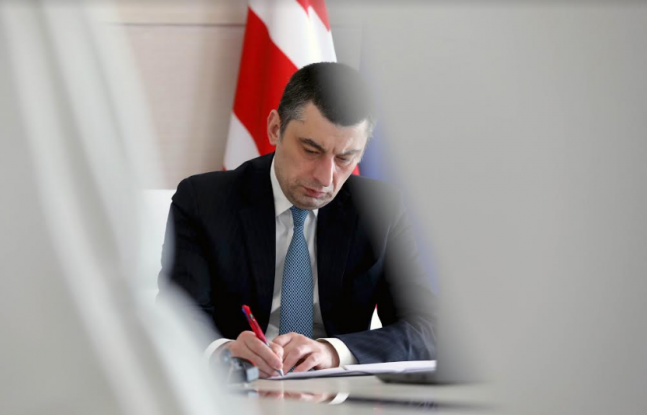 Financial resources amounting to about $3 billion in international aid will become available to Georgia until the end of the year as a result of successful cooperation with international donor organizations, the prime minister of Georgia stated during the session of the Anti-Crisis Economic Group under the Interagency Coordination Council today.

The Anti-Crisis Economic Group was created under the Interagency Council led by Giorgi Gakharia with the purpose of providing even more effective and coordinated management. Within its framework, representatives of sector committees of Parliament and the National Bank will work together with the economic team of the government.

The head of government stressed the critical importance of the economic situation in parallel with dealing with the pandemic, noting that minimizing damage to the economy is the main objective of the government.

"However, we must all understand that at the moment we are in a period of crisis management and we are talking about management during a crisis. Therefore, this Anti-Crisis Economic Group, which is designed to be an extension of the Interagency Council, is of the utmost importance for the purpose of making concrete decisions, rather than engaging in some theoretical discussions. The task is simple: To do everything to gradually restore economic life to its usual pace as quickly as possible. We will not be able to return to the starting positions that we had at the beginning of 2020 in one or two months but we must recover within 1.5-2 years. We must unequivocally thank the Ministry of Finance and the National Bank for working together and in a coordinated manner with the donors, primarily the International Monetary Fund (IMF). The fund's expanded cooperation package, which amounts to $450 million - $200 million of which will appear in the country's budget in the form of budgetary aid in the coming days, by the end of April - is of extreme importance. As a result of working with the donors, the country's budget and its economy will receive $1.5 billion of state funding in aid. The donors have also expressed readiness to make the same amount of financial resources available to our commercial banking sector. To sum up, resources amounting to about $3 billion in international aid will be available to us by the end of the year. No country has achieved such results. We will be the first ones to agree on an updated extended program with the International Monetary Fund, which is very important. This is the essential first step that needed to be taken during the crisis," Giorgi Gakharia stated.