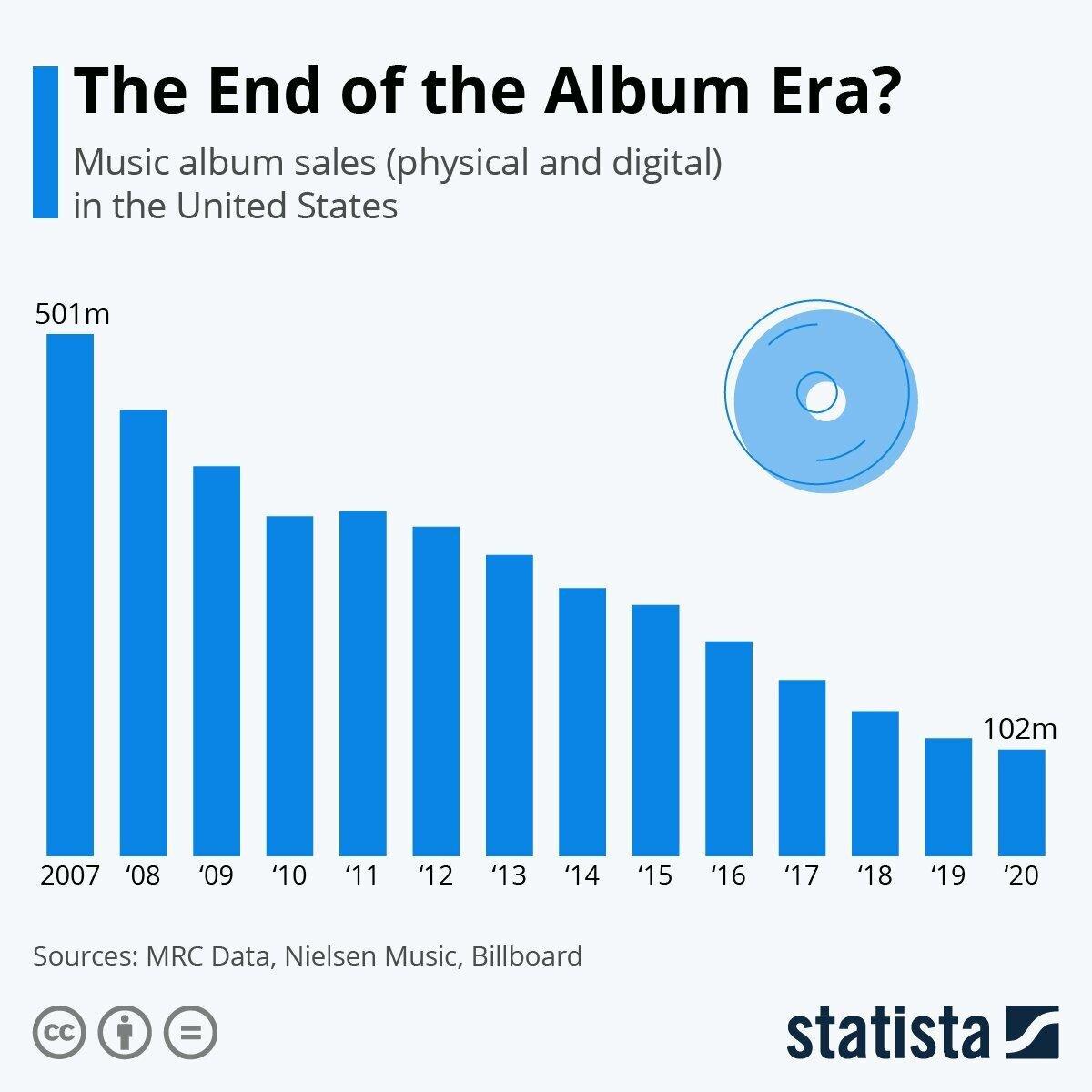 Back
The rise of on-demand music streaming services such as Spotify and Apple Music has not only changed the way we pay for music but also the way we consume it. With their curated playlists and endless opportunities to individualize the listening experience, streaming services promote a more track-based consumption as opposed to the album model that dominated the industry before the dawn of the digital age. What Apple started by selling single tracks for 99 cents on the iTunes Store appears to be accelerated by the rise of streaming services: the decline of the album format.
According to MRC Data's latest year-end music report, album sales (both physical and digital) in the United States dropped to 102 million units in 2020, down from 501 million in 2007. At the same time, overall music consumption is rising, which means that people aren’t listening to music any less than they used to, they just listen differently. Hits such as Roddy Ricch's "The Box", the most-streamed song of the year, are streamed hundreds of millions of times, as they are featured prominently in curated and personal playlists.
Interestingly, the streaming model isn’t only changing the way music is listened to but also the way it’s made. Since streaming services typically pay artists a certain fee per individual stream, songs are getting shorter on average and, catering to skip-happy listeners with limited attention spans, they are also getting to the first chorus quicker than they used to.
Source: Statista
Apple Music Spotify