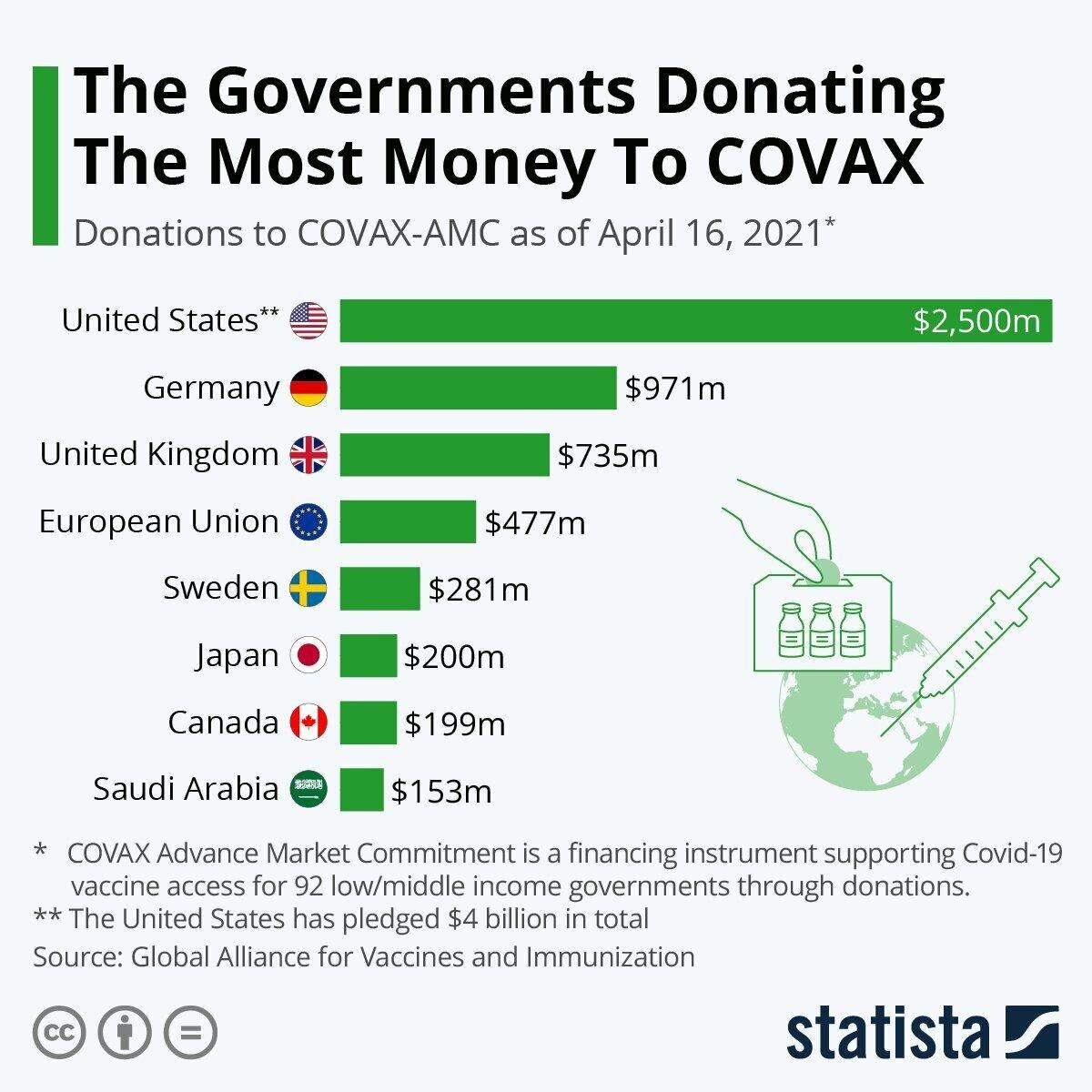 Back
In a major reveral of his predecessor's isolationist America First policy, President Biden has pledged $4 billion to the COVAX initiative. Led by the Global Alliance for Vaccines and the World Health Organization, COVAX aims to provide equitable Covid-19 vaccine access for 92 low/middle income governments through donations.

Biden announced the contribution during a virtual summit with G7 leaders in February and the move is reportedly also aimed at mobilizing U.S. partners to increase their involvement in the initative. The U.S. is initially paying $2.5 billion towards COVAX, with the rest of the pledge to follow later.
While U.S. investment in COVAX will go some way towards helping poorer countries, administraton officials said the move will benefit Americans as it will reduce the risk of dangerous Covid-19 mutations developing that could prolong the pandemic. Before U.S. involvement, the UK was the biggest COVAX donor with more than $730 million pledged as of December 2020, according to Gavi, the Vaccine Alliance. It has now slipped down to third position with Germany moving into second with around $1 billion of funding pledged.
Governments are not the only COVAX donors and the intiative has received funding from an array of foundations, corporations and organizations. The Bill and Melinda Gates Foundation is among the largest donors, pledging more than $150 million. COVAX is aiming to fairly distribute more than two billion doses to the governments that need them most by the end of the year.
Source: Statista
COVAX