The Hearing of Khazaradze-Japaridze’ Case is Delayed until December 2 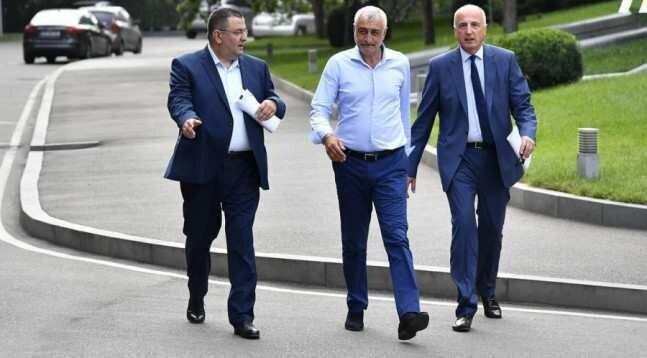 Tbilisi City Court has delayed the hearing of Mamuka Khazaradze and Badri Japaridze’s case until December 2.
Zviad Kordzadze, lawyer of Khazaradze-Japaridze, has explained the reason to the journalists.

"Today's hearing was set by the pre-trial judge, so the current judge said he had other cases to hear today, so it was postponed until December 2," Kordzadze said, adding that they would have their arguments in their opening speech on December 2.

"There is no any money laundering. It is a very simple civil-loan relationship, which was also confirmed by the foreign witnesses, who we interviewed. Their testimony was solicited by the prosecutor's office," Kordzadze said.
To remind, The Prosecutor's Office of Georgia launched an investigation into money laundering by the Chairman and the Deputy Chairman of the Supervisory Board of TBC Bank on 2 August 2018. Their bank accounts were seized in August.

The Prosecutor's Office applied to court with the relevant motion, having officially charged the founders of JSC TBC Bank in July, 2019. The two are accused of laundering a total sum of 16.7 million USD.

PM: Our Choice Is an Equilibrium Between Management of the Pandemic and Economic Sustainability

Gakharia: High Mobility Without Compliance to Rules Has Led to the Unnatural Numbers