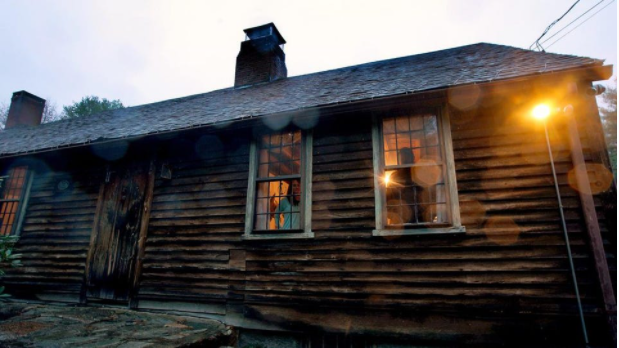 A Rhode Island farmhouse notorious for inspiring the 2013 horror film The Conjuring hit the market Thursday for an asking price of $1.2 million, a sum that includes over 8 acres of surrounding land and—according to former residents—a host of ghostly permanent residents.

The house’s two most attractive selling points are its unique place in a niche cultural history, said sales associate Ben Guglielmi of Mott & Chace Sotheby's International, as well as the potential for investors to capitalize on the property’s notoriety with business ventures like current owners Jenn and Cory Heinzen have done.

The Heinzens are paranormal investigators and rent out the property to people interested in experiencing paranormal hauntings—bookings for the home are full through the end of 2022, according to their website.

The house was built in 1736 in the Cape Cod style, but didn’t gain fame until after Roger and Carolyn Perron and their five daughters claimed they observed ghostly happenings in the nine years they lived there from 1971, including the smell of rotting flesh and something levitating their beds as they slept. One of the girls was claimed to have been possessed by a spirit, eldest daughter Andrea Perron told USA Today in 2013. The Perron family sought the help of well-known demonologists Ed and Lorraine Warren, who said the house was haunted by the spirit of Bathsheba Sherman, a woman buried at nearby Harrisville Cemetery and who, according to local folklore, was a witch who lived in the house. A fictionalized version of Sherman served as the main antagonist in The Conjuring. The Heinzens agree that the homestead is haunted, they told the Wall Street Journal, but believe the lingering spirits are connected to local battles between Native Americans and English migrants during King Philip’s War in the 1670s.

BIG NUMBER
$2 billion. That’s how much the seven films in The Conjuring franchise have earned in global ticket sales.