The IMF Resident Representative in Georgia: We think the policy response of the NBG was right 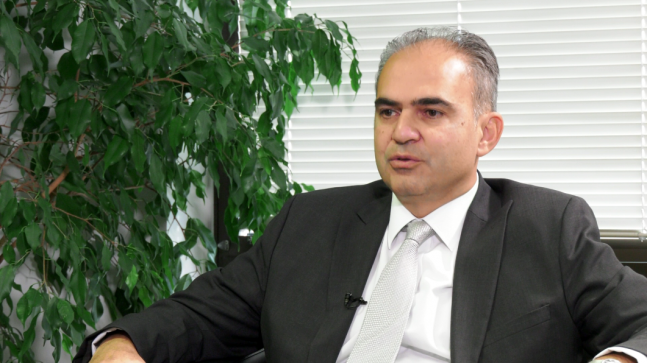 Q- How would you evaluate the work done by both the Government of Georgia and the National Bank in terms of monetary and fiscal policy?

Answer - National Bank of Georgia has done a good job in reducing and keeping inflation in single digits. Inflation targeting regime that has been adopted by National Bank of Georgia has been serving the county well. The challenge is to sustain inflation close to 3 percent target going forward. The National Bank has also been successful in increasing the country’s buffers by increasing its foreign exchange reserves which played an important in role in reducing Georgia’s vulnerability to external shocks and possibly played a role in country’s recent rating upgrades. The floating exchange rate regime also serve Georgia well and plays shock absorbing role.

We find the government’s policies fiscally responsible. Georgia has an effective fiscal rule as identified in the economic liberty act which limits the budget deficit at 3 percent of GDP and debt at 60 percent of GDP.

The IMF agreed with the authorities on the key parameters of the 2020 budget, targeting an overall fiscal deficit of 2.7 percent of GDP and public debt is about 44 percent of GDP.

The ongoing IMF program, that supports the government’s economic policy was commenced in April 2017 and the IMF and the authorities recently agreed to extend the program for one year, till April 2021.

The program extension will build on the authorities’ continued commitment to prudent macroeconomic policies and reforms to promote higher and more inclusive growth.

Q. How would you assess Georgia's economic situation in a regional, as well as in a broader context?

Answer - Georgia is geographically located at the crossroads of Europe and Asia and the country’s development strategy recognizes this unique special advantage and calls for the country’s closer integration with the rest of the world, most notably with the EU

The government is committed to developing the country into a regional transport and logistics corridor between Europe and Asia. It is upgrading its international road corridors. The state policy in the energy sector foresees Georgia’s emergence as a regional platform for the generation and trade of clean energy.

But the most prominent feature of Georgia’s development strategy is the use of market forces as a driver of growth. The government recognizes that the private sector holds the key to ensuring the most efficient allocation of precious resources and has been improving its investment climate.

Georgia has done good work in creating an enabling environment for private sector development and came 7th in the World Bank’s doing business rankings. As per Georgia’s association agreement with the EU, the Deep and Comprehensive Free Trade Area agreement with the EU came into effect, harmonizing regulatory frameworks and product standards with those required in Europe.

We see Georgia’s growth rate broadly in line with its peers. For example, in 2018 average growth rate for the CCA countries was 4,2 percent and Georgia grew by 4.7 percent. The same rates for 2019 are forecasted as 4.4 percent and 4.6 percent. Of course some countries grow faster and some slower than Georgia but Georgia’s overall growth performance is in line with the peers. Georgia has also been very successful in sustaining macro stability while achieving a relatively high growth rate. It would be important to safeguard this stability going forward.

Q. The National Bank of Georgia has decided to tighten monetary policy in response to rising inflation. We are interested in your assessment of when inflation may decline and what impact it may have on the country's economic growth.

Answer - on the background of higher inflation and deteriorated expectation expectations After finishing 2019 at around 7 percent, inflation is expected to decline to the 3-percent target by end-2020 as one-off factors dissipate, and monetary policy adjusts as needed. The National Bank of Georgia did what an inflation targeting central bank would do in the face of rising inflation pressures and inflation expectations. It hiked its policy rate and stated that it stands ready to hike more if inflation expectations continue to deteriorate. We think the policy response of the NBG was right.


Q. One of the reasons, why inflation has been relatively high is the increased excise tax on tobacco products. Do you think the state should be cautious before adopting such decision that might have a negative impact on inflation?

Answer - Maintaining stability of the budget deficit is important for maintaining the stabile inflation. Yes, such decisions affect the cpi, but in short term. We estimate that the effect of the excise rate increase on inflation is 1.3 percent. The important issue is to contain the second round effects of the rise in the inflation rate and inflation expectations. NBG is watching whether this is permanent or temporary increase in CPI. When this is a temporary increase caused by the fiscal policy, NBG shall not tighten.

Let me repeat, protection of budget deficit is very important. We can also city the example of increase of utility service fees. Yes, such an increase may affect the inflation parameter temporarily, but on the other side, the increase in the tariffs may protect state companies from accumulating losses.

Answer - We shall look at the growth of reserves through time. NBG was accumulating the reserves at the beginning of the year, when external FX inflows were relatively higher. After August, NBG was selling: USD 32 million in August, 40 in Sept and 20 most recently. These sales balanced the total purchases to positive 120 million, which increased the reserves.

The National Bank has been successful in accumulating reserves and building buffers as I noted earlier. The NBG’s reserves are very close to 100 percent of the IMF’s so called ARA metric which measures reserve level based on several metric like coverage of short term obligations, monetary aggregates among others. We consider reserves are adequate if metric is somewhere between 100 and 150. We consider the reserve level adequate but also see room for improvement if the market conditions permit. Again as I noted earlier, the NBG’s efforts to increase its buffers possibly played a role in the country’s latest rating upgrades.

Q. Depreciation of GEL is the main problem for the economy today. Over the past 12 months, the exchange rate of the GEL against the dollar depreciated by about 10%. In your opinion, what impact does it have on the solvency of government and private companies?

Answer - Indeed high level of dollarization remains an issue and exchange rate depreciation has an adverse impact on the balance sheets. Still Georgian government debt remains less than 44 percent of GDP which is a moderate level. Hence we believe further depreciation of lari would have a limited but negative effect on government’s debt repayment capacity

And so far we do not observe a rise in the non-performing loans of the Georgian banks but a faster pace of depreciation could put pressure on the balance sheet of corporates and individuals and could lead to a rise in non performing loans.

Q. In March 2019, the National Bank of Georgia increased the reserve requirement for commercial banks in foreign currency by 5% to 30%, and in October, while the central bank reduced the reserve requirement to 25%. In your opinion, how consistent is the National Bank, when it rises and then reduces the rate in such a short period, that commercial banks cost hundreds of millions?

Answer - As you know the economic situation in the country ion March 2019 differed from the situation in October, 2019. Earlier in the year we saw FX inflows, on the background of which the NBG purchased FX to increase the reserves and or to smooth the processes that accompany the large inflows. Later, Lari fell under pressure; the NBG considered it reasonable to increase the liquid assets in the financial sector and reversed the decision. Thus, NBG’s decision was caused by the economic realities, that changed.

Q. The National Bank of Georgia has been criticized in the resent period due to various decisions. MPs also criticized the NBG. What would you say about such criticism and the independence of the Central Bank in general?

Answer - the central banks are criticized all around the world. As I mentioned at the outset, NBG is the inflation targeter and does the same as other inflation targeters are supposed to do. i.e. it increases the policy rate when the inflation expectations deteriorate. Of course, this will affect economic activity. But if the NBG had not increased its policy rate, then we could have faced even larger depreciation of the exchange rate and higher inflation and overall macroeconomic situation, including growth in the long run, would have been in a worse. Yes, in the short run, NBG’s decision may have negative impact on economic growth but if NBG had not acted, it would have been even worse for the economy. In this regard, let me say that the central banks’ job is difficult and they are often criticized for whatever decision they make. In spite of the criticisms, however, the National Bank f Georgia should continue to perform its main duty, which is to maintain inflation at a low level.


Answer - As you know the IMF program pays special attention to the SOEs In the long run, the state must ensure that the state owned enterprises are not lossmaking. Moreover, the SOEs that perform pure state service functions shall be part of the government, government entities, not the state LLCs (limited liability companies).

Even though the SOEs’ incurred losses has increased lately, it is still at the level that the government’s fiscal balances can manage without financial stress and thus we are not very worried in this regard. At the same time we are working with the government of Georgia on this issue.