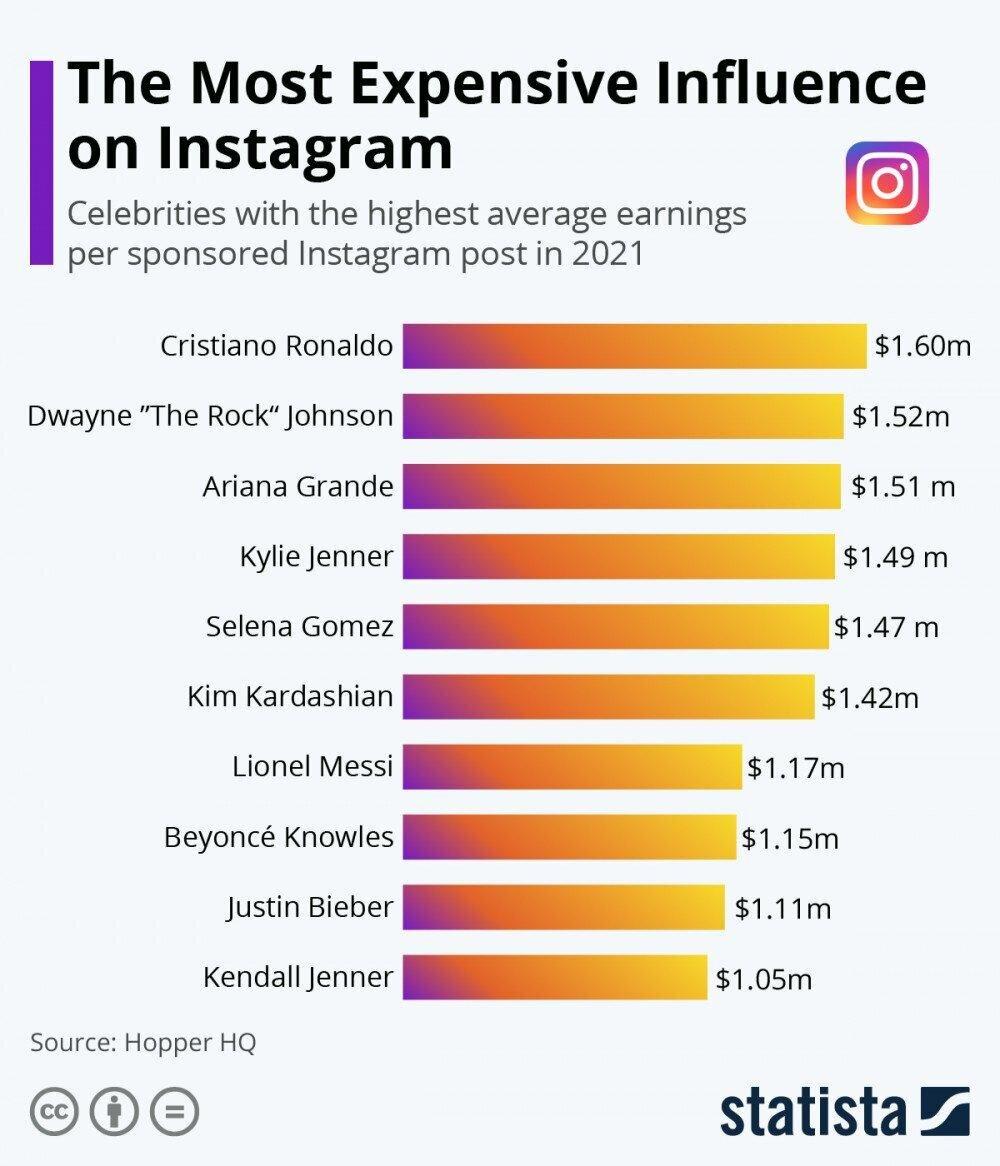 Back
When Cristiano Ronaldo moved two bottles of Coca Cola out of shot during a pre-game press conference before encouraging people to rather drink water, $4 billion was wiped off the soft drink giant's market value - perfectly demonstrating the massive power he and celebrities like him have over public opinion.

The megastar footballer is of course not ignorant to the weight of his influence, and indeed profits from it in many ways, including sponsored posts to his over 300 million Instagram followers.
According to analysis by social media marketing platform Hopper HQ, Ronaldo earns the most of any other Instagram influencer per sponsored post, raking in an average of $1.6 million every time. This is far from a freak situation, either. As our infographic shows, many celebrities are able to pull in sums north of a million when selling their influence.

Actor and ex-WWE wrestler Dwayne Johnson can expect to earn $1.5 million for such posts, while Ariana Grande is the most expensive woman on the list, joining five others in the top ten.
Coca-Cola Instagram Statista influence market Hopper HQ